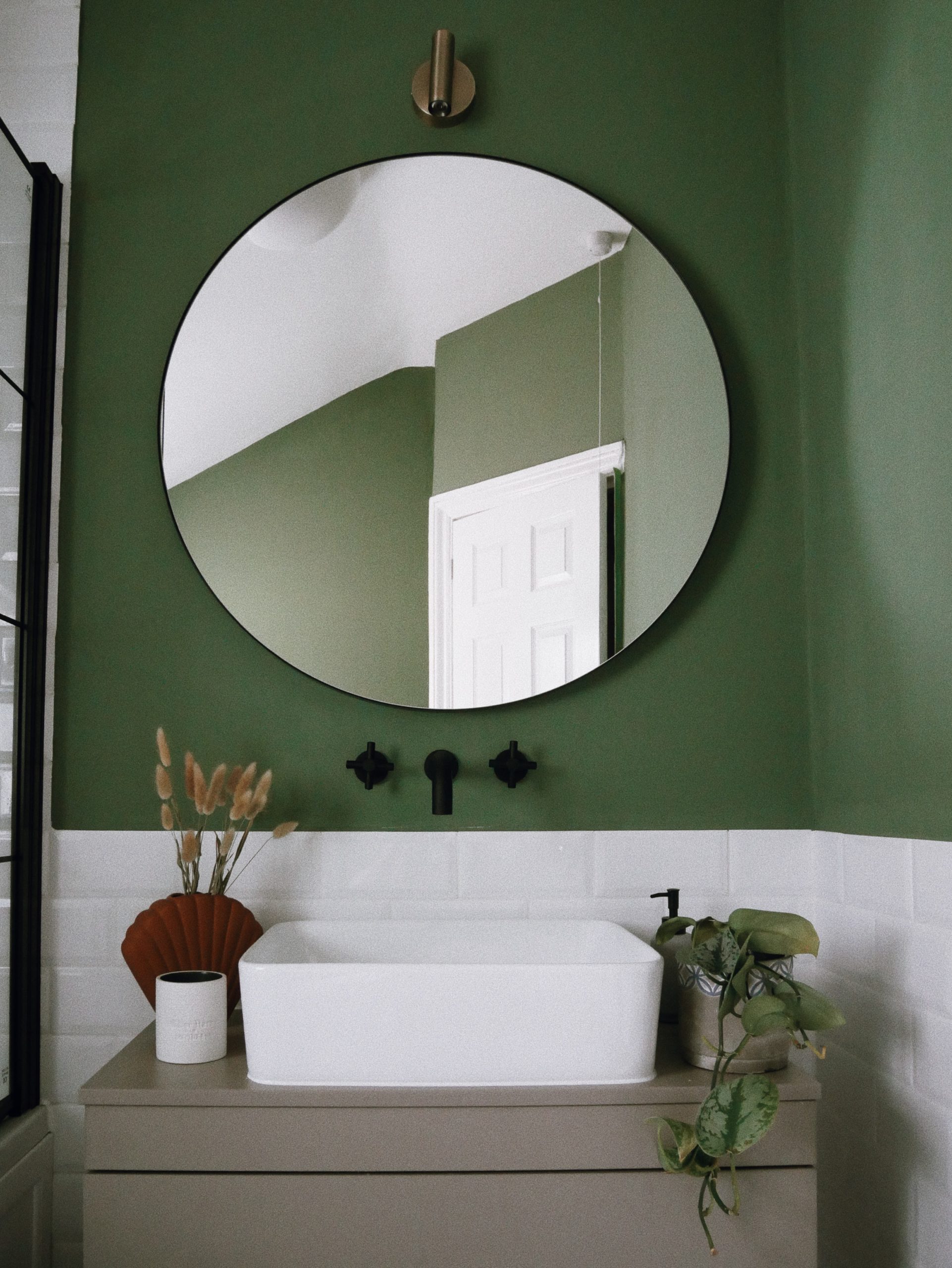 I'd been desperate to redo our bathroom since we bought our house over 5 years ago, but like everything it's taken us this long to pull our finger out and get round to planning and doing it. Renovations are such a learning curve, you will undoubtedly get those 'wish we'd done this instead of that' moments and the fear of making the wrong decision had put us off the work for a long time. We also planned to combine the bathroom renovation with other work (we are doing a kitchen extension and downstairs bathroom/toilet as well) which added to the delay in getting things sorted but last year we finally took the plunge and started off our renovation project!

I asked on Instagram if you had any questions for bathroom Q&A, so here you go – all my advice from our project in one handy post… 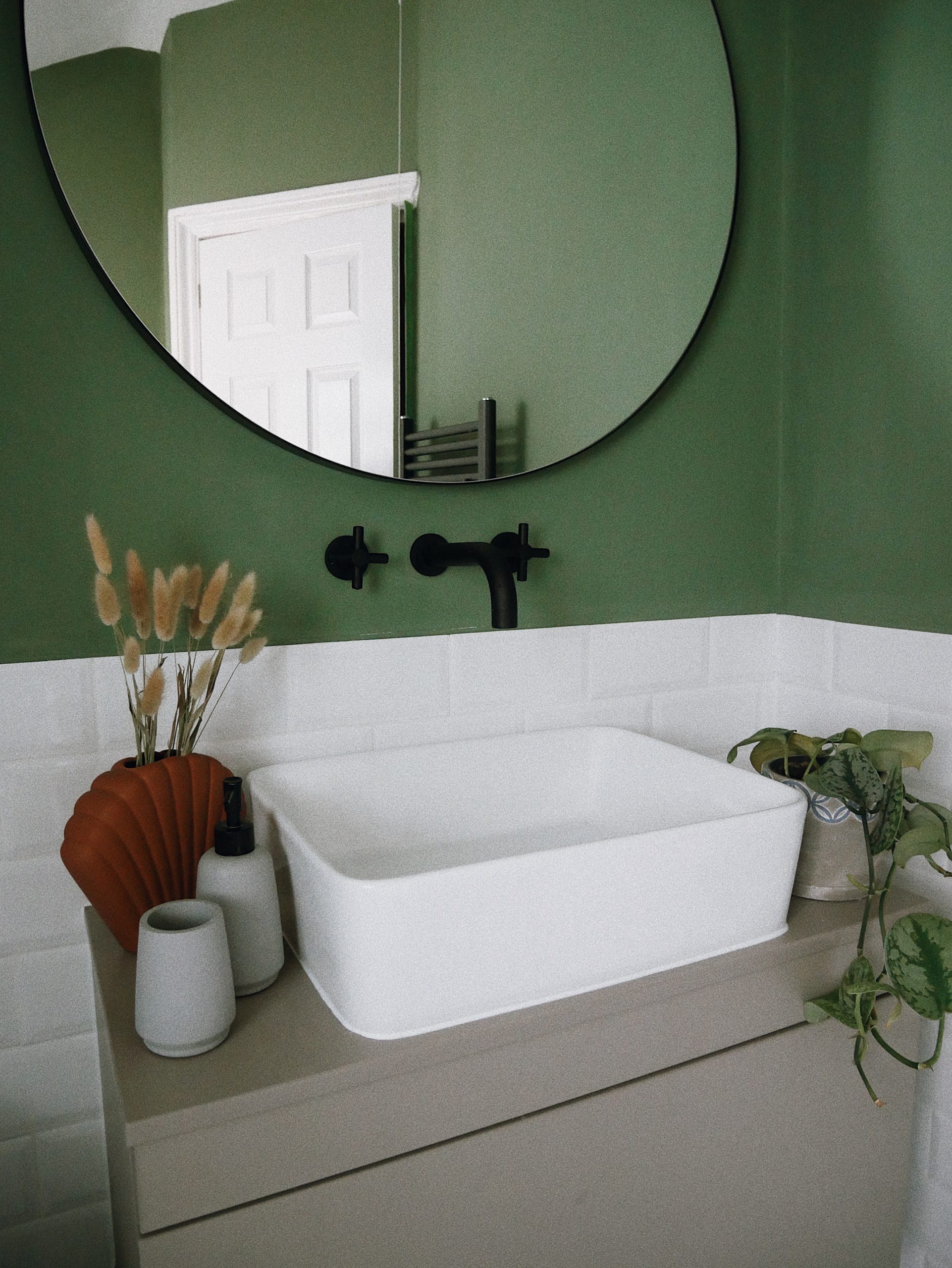 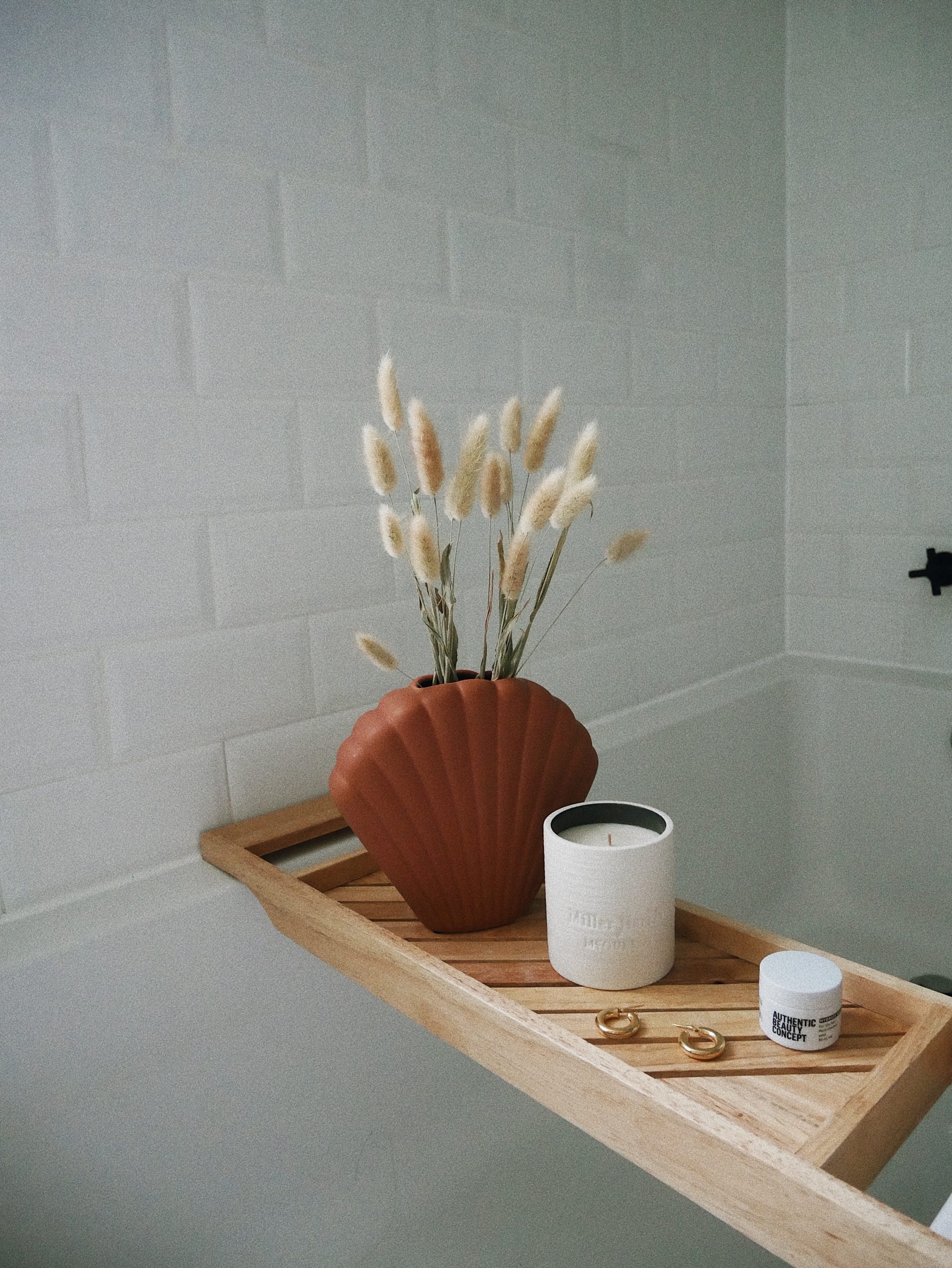 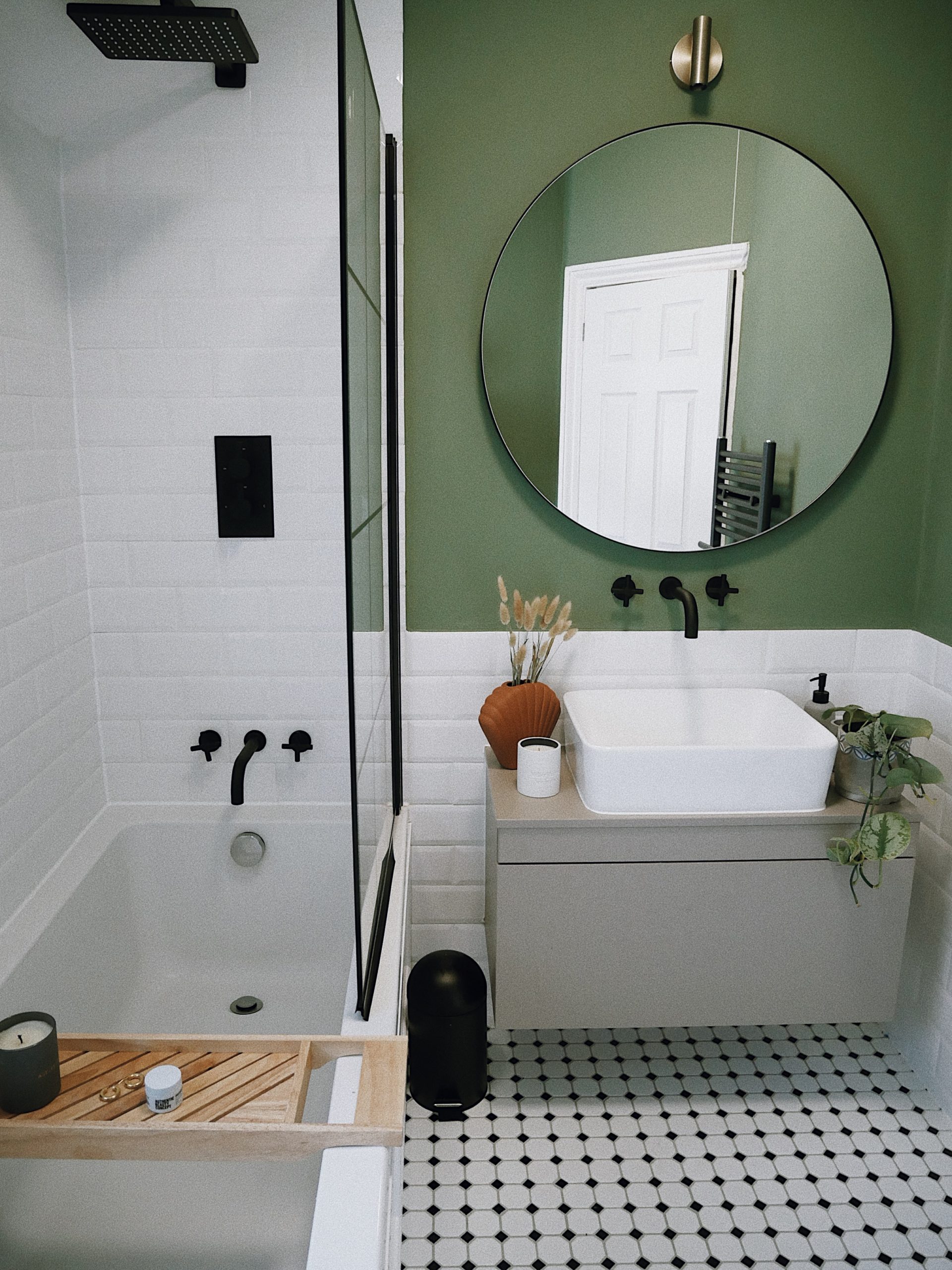 Firstly, deciding on the layout of our bathroom. We moved the bath, sink and radiator from their original positions, if you are planning to move plumbing around then it's best to plan this at the start of the project because it can impact costs and timelines. We drew our bathroom layout on CAD software but any software where you can draw it to scale will work, it really helps visualise the design of the room and also helps you ascertain the size of items you need. For example, our preferred layout gave us lots more space in the bathroom but meant we had to find a slightly smaller than average bath (average bath length is 1700mm and ours is 1500mm) it doesn't seem like much but a few custom changes can really optimise the space you have. If you're starting out on a project and are a visual person then i'd definitely recommend drawing out the room first as it can really help bring your ideas to life.

Next up was the colour scheme/design of the room. I had so many saved bathrooms on Pinterest and Instagram it was a bit overwhelming to narrow down and decide and stick to how we wanted it to look. Eventually, I picked out one or two things I really wanted in the room and then decided everything else off the back of that. I really like the idea of introducing colour via half tile half paint so we could also add prints to the walls, I fell in love with the Farrow and Ball Caulke green paint and the black frame bath screen and taps, so I basically just used mood boards to incorporate other elements that would match that.

In terms of finding all the fixtures and fittings, once we'd decided on the theme it was a case of googling the main elements. We started by finding the paint and the taps, shower head and bath frame. Once we had found those we then started to match tiles, opting for plain wall tiles so not to clash with the paint and for the floor we wanted to add something a bit more interesting then just plain white. I did a lot of searching on Pinterest like 'green bathrooms ideas' or 'black and green bathrooms' which brings up lots of inspiration and thats where I found the mosaic floor tiles we used. We didn't really look at 4 piece bathroom suites or anything like that, the only things that were bought as a set were the two sets of taps and shower head so that they all matched.

Finding the right person to fit your bathroom is really important, if you don't have a recommendation then it's tricky to find someone who you can trust fully with you projects. We used Check-a-Trade which is a really good resource to find local tradespeople, we've used it a few times and it's always been really good. We also put a note on Next Door asking for recommendations in the local area and got a lot of replies from there as well. We had about 3-4 quotes and ended up going with one of those quotes, Sam, who we had found via Next Door. The reason we chose him is he spent loads of time with us going through the project compared to the others and was really knowledgable and friendly as well as giving us a really decent quote. It's really tricky finding someone you trust to do a good job, my advice would be to go with someone who has a lot of trusted reviews (check-a-trade or word of mouth from trusted neighbours etc) and also someone who you genuinely get on with as there is nothing worse than falling out or having issues with builders. 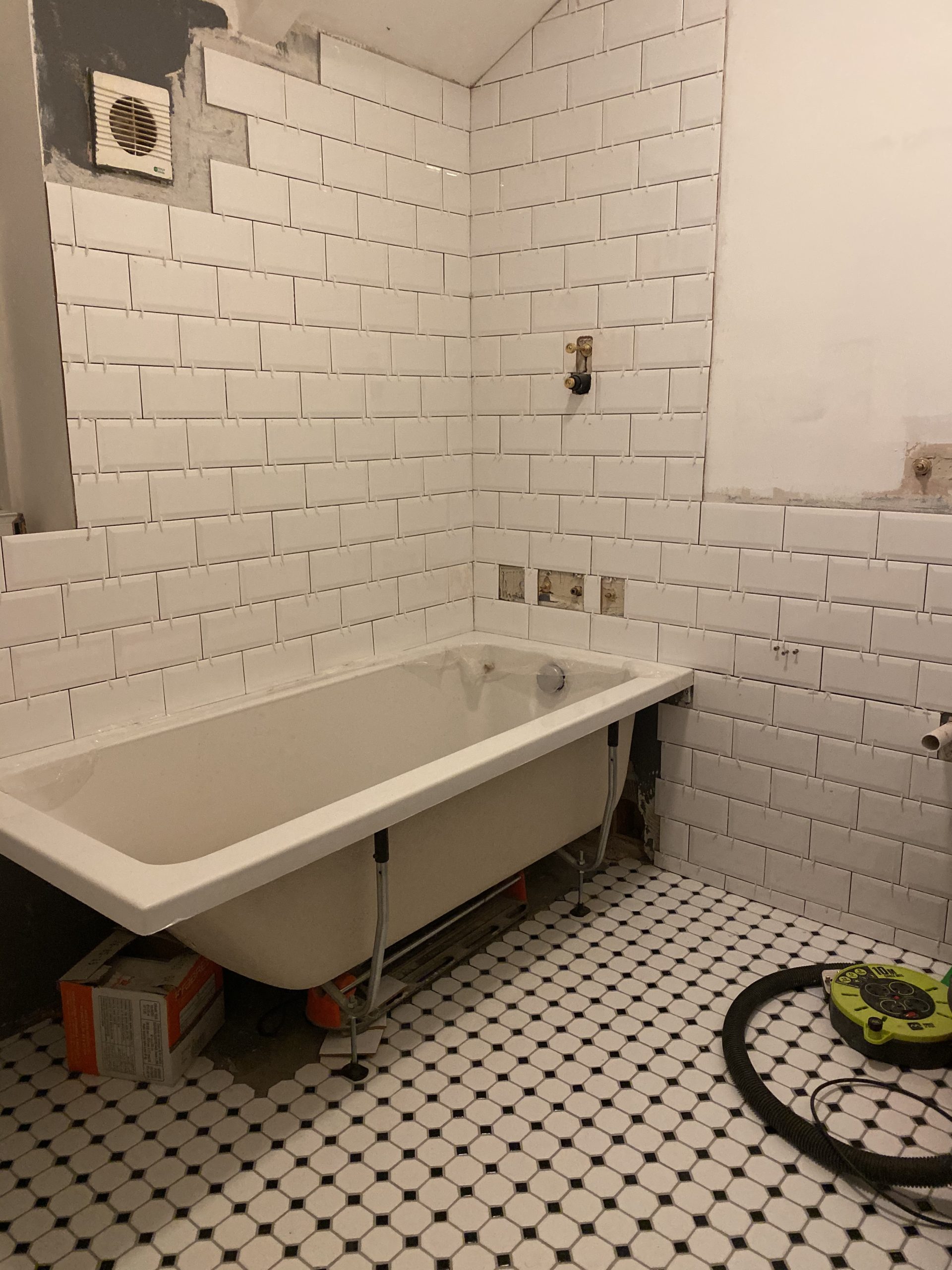 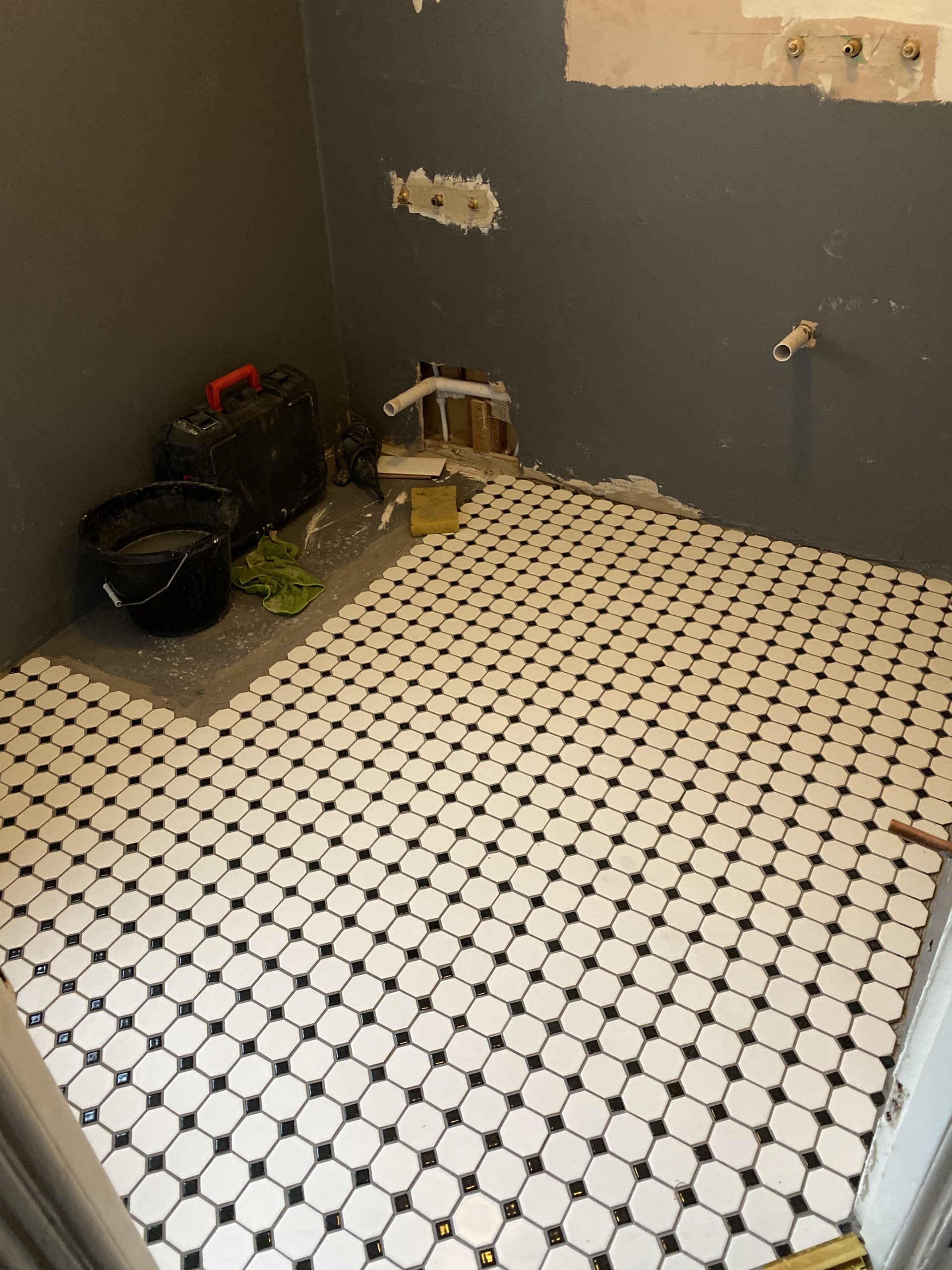 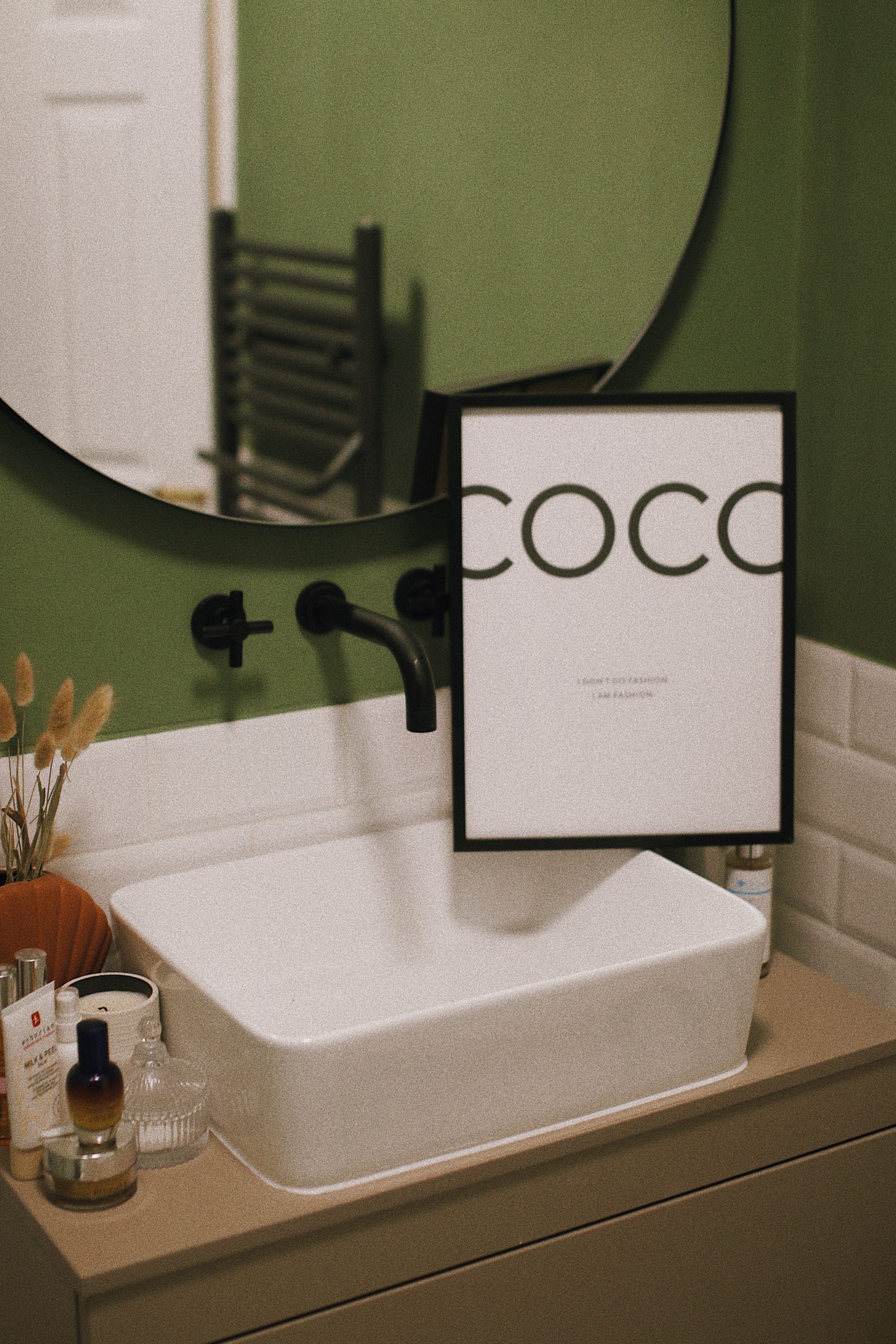 In London it's very hard to find someone to renovate a bathroom for less than about £4-5,000 depending on size and complexity of project. If you are doing a lot of work on your house then you'll likely be able to get a better deal as there will already be a few people on site for the bigger project so labour costs could be less. We made sure we budgeted for the whole project, allocating a budget to the cost of the labour but also to the fixtures and fittings as those will all be on top of the actual labour cost of the refit. We saved a bit of money by going for metro tiles as they are probably the cheapest type you can get and also doing half tiling and half paint as builders usually quote on a per metre basis for tiling, so less tiling can mean slightly less work. Overall we probably spent around £5,500-£6,000 on the bathroom including all the fixtures, given the fact we ripped out the whole of our old bathroom and started essentially from scratch I think this was a pretty good price.

THINGS WE HAD KNOW BEFORE

You definitely learn a lot from any renovation project and there are a couple of things which would have been good to consider beforehand. For example, like plumbing, lighting also has to be decided early on in the project because once the electrician has fitted the light/plug sources it's really tricky to change. Once all the plastering, tiling and painting is done in order to rewire you have to do so behind the walls so would require re-plastering etc which is far from ideal. We actually wanted to have a light at each side of our mirror but didn't let our builder know this till he had already wired so thats something to consider at the start of the project to ensure you get the exact result you want. Lastly, although I love the paint colour we used, I opted for the matte version of the paint and although the visual affect is what I wanted the paint itself chips really easily and probably isn't the most ideal for bathroom. 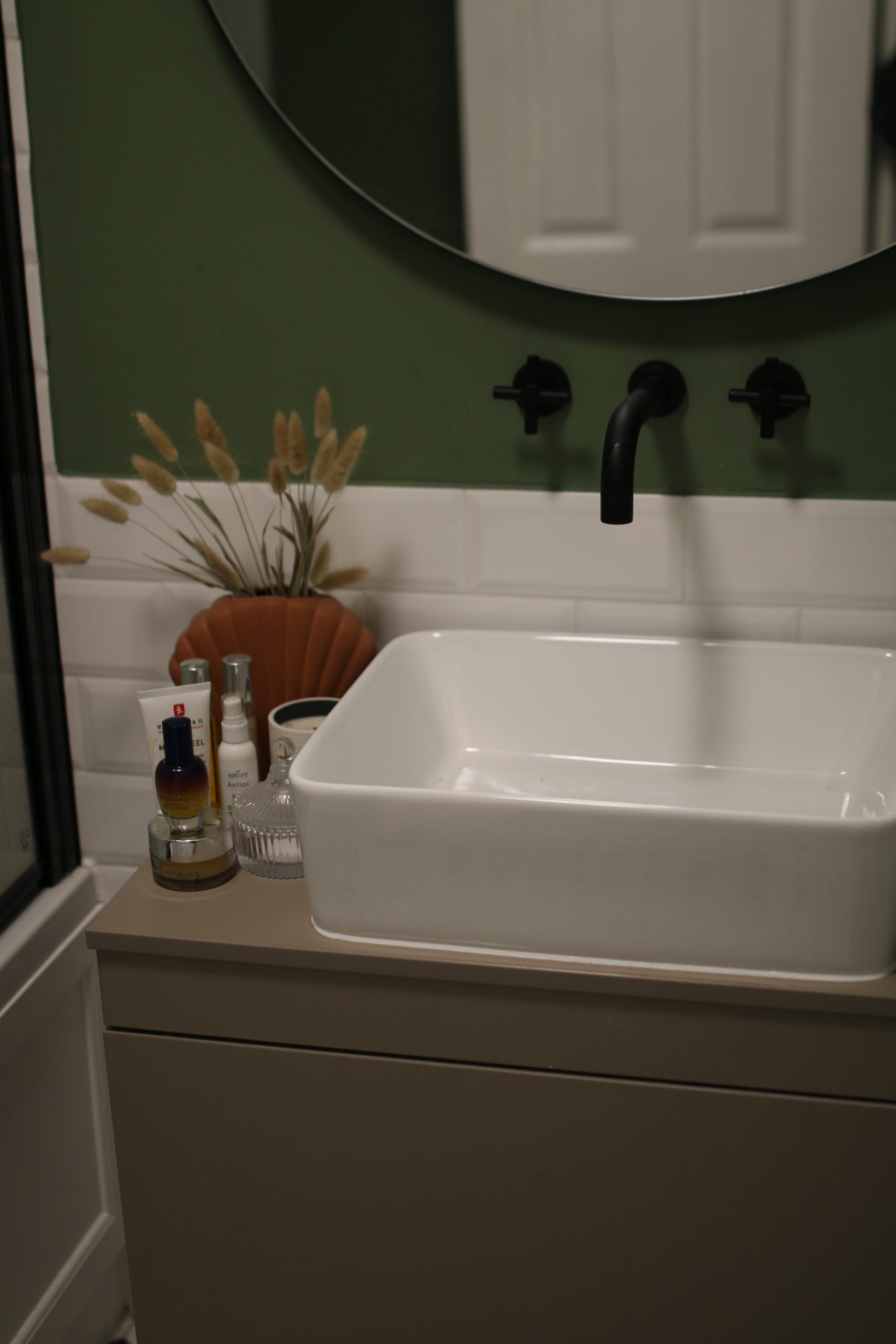 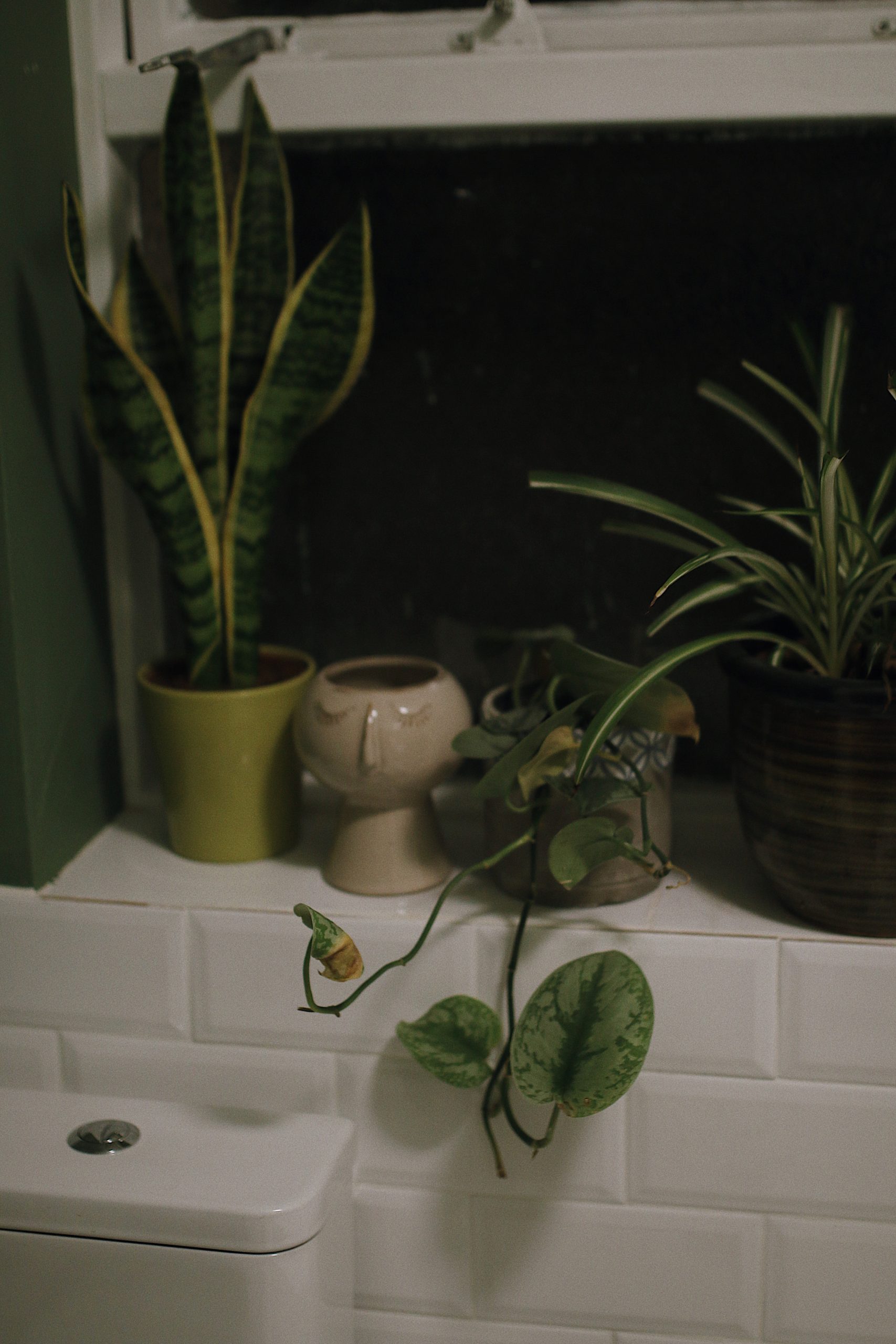 Links to everything in our bathroom are in the description of my YouTube video. Subscribe to my YouTube channel for more interiors updates as we continue with our home renovation! 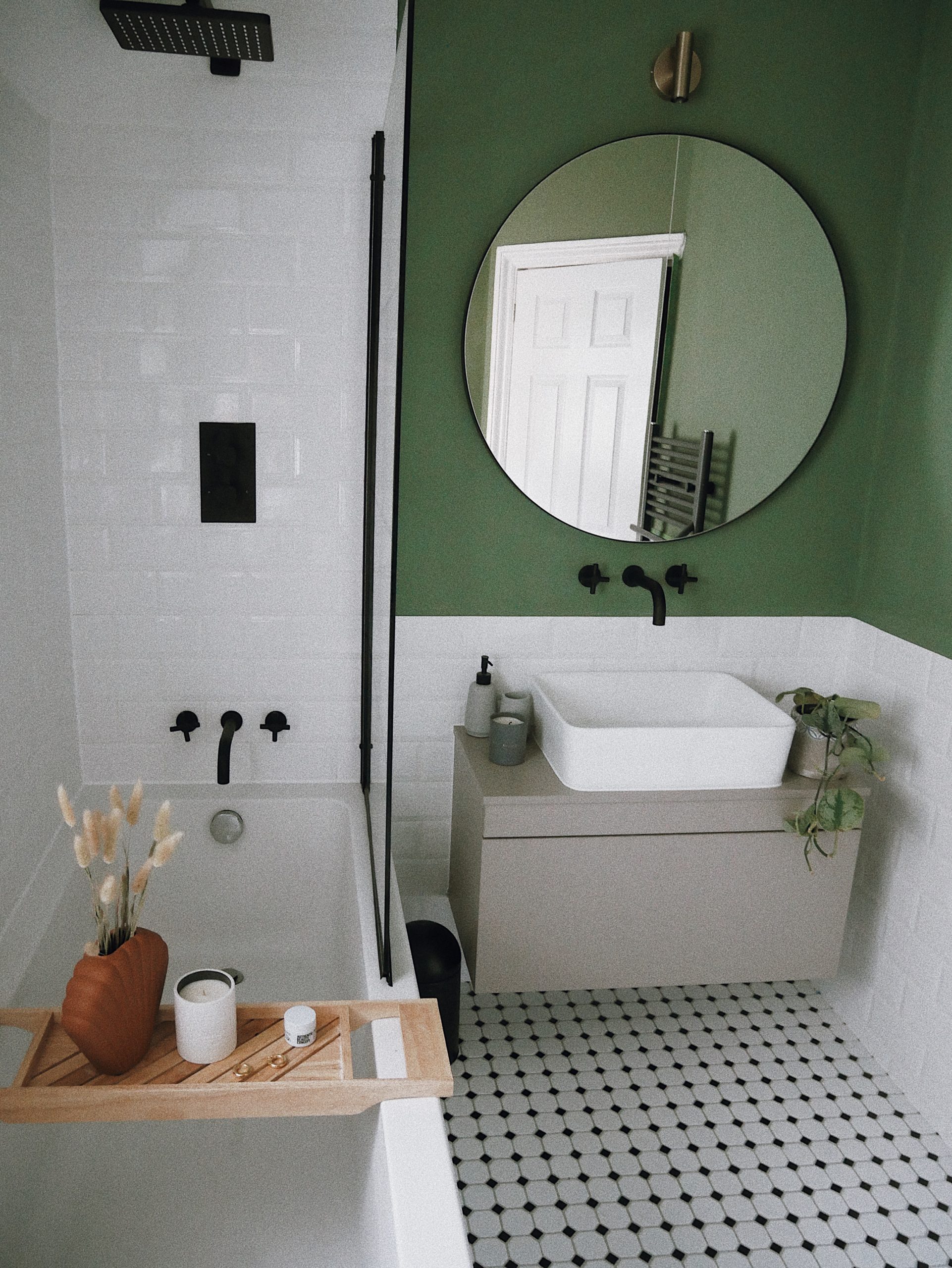