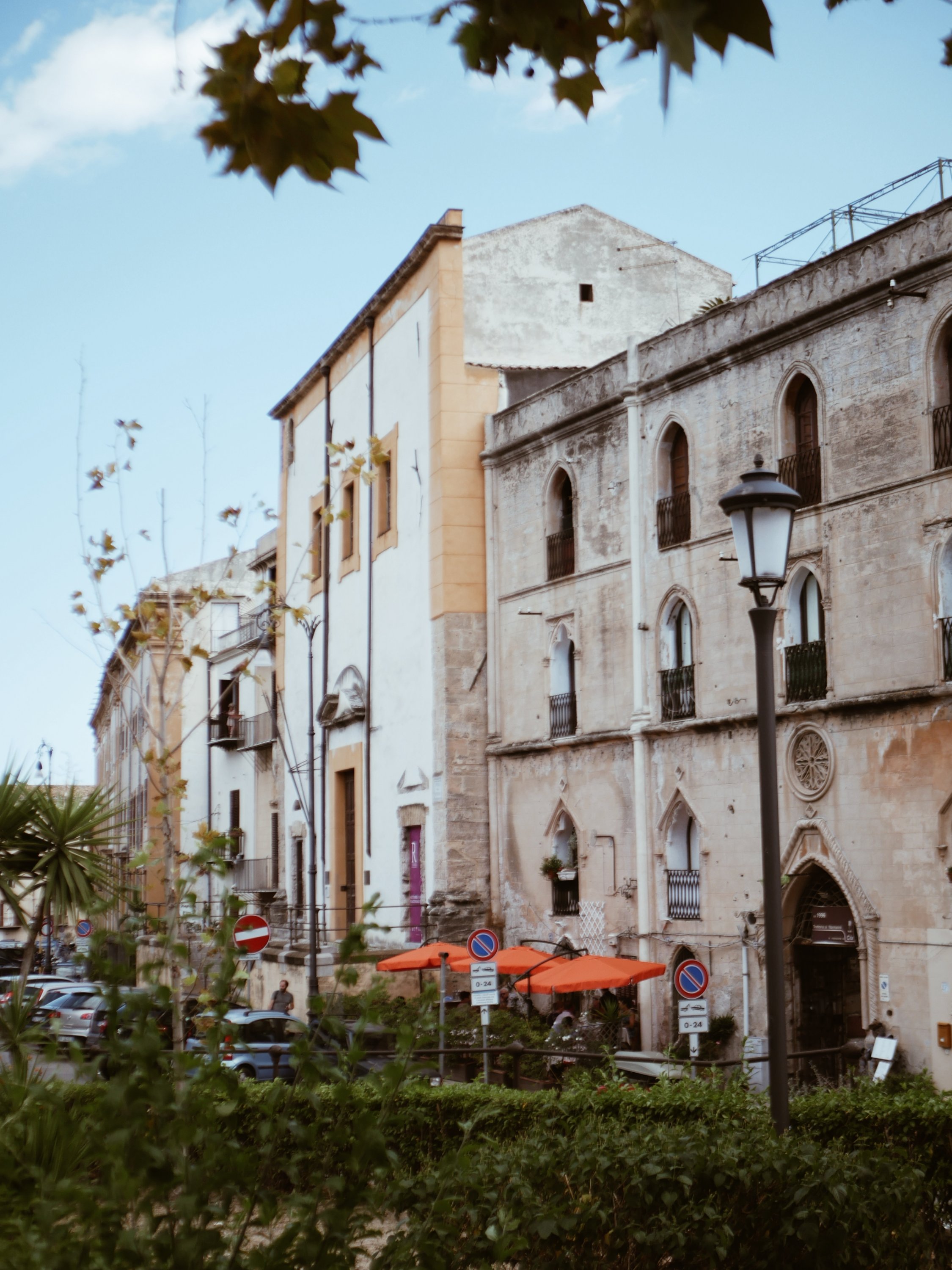 Palermo has been high on my bucket list for ages. As the capital of the beautiful Italian island of Sicily it naturally peaked my interest but seeing the amazing street food and culinary scene on multiple travel/food programs over the past few years further confirmed my need to check it out – asap.

We landed in Palermo in early October for two days of exploring at the beginning of our 10 day trip around Sicily. The weather didn’t disappoint and at 28 degrees was actually a little bit too hot for city exploring. I was really excited to get to Palermo as we’d booked the most amazing Airbnb that had been recommended to me by @hannahandtheblog from her trip to Sicily earlier in the year. It was definitely up there with one of the most amazing spaces I’ve ever stayed in – you enter the Palazzo from a huge door on the street and are immediately wowed by a huge Baroque courtyard encircled by balconies and traditional period features. The building was a former palace and you very much felt like you were on the set from the Godfather and could imagine how amazing the building would have looked in its Hay Day. The apartment itself was even more majestic, set above huge marble staircases it was expertly decorated with traditional 1920s furniture, think plush shell velvet sofas, terracotta tiled floors and antique gold mirrors. 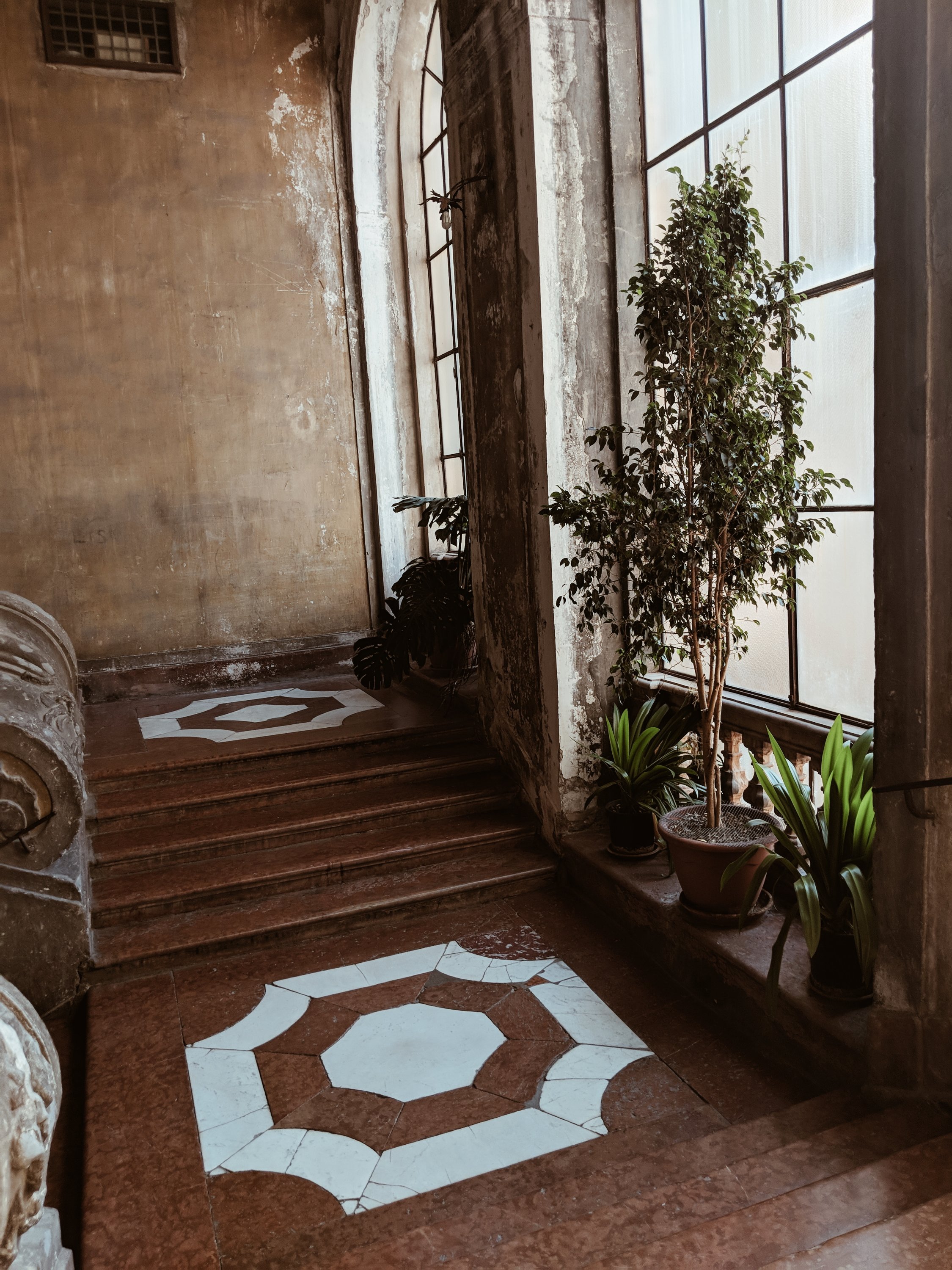 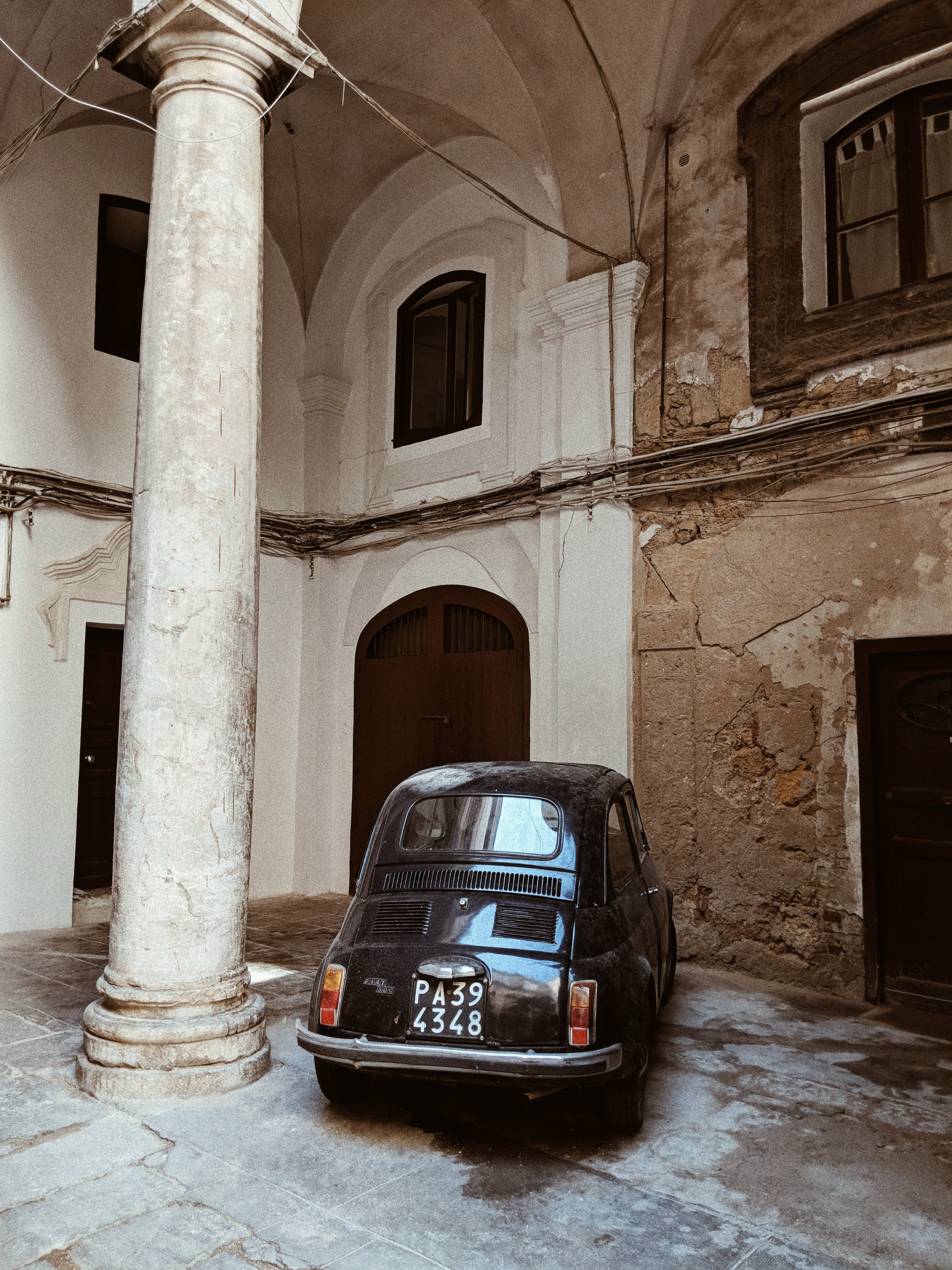 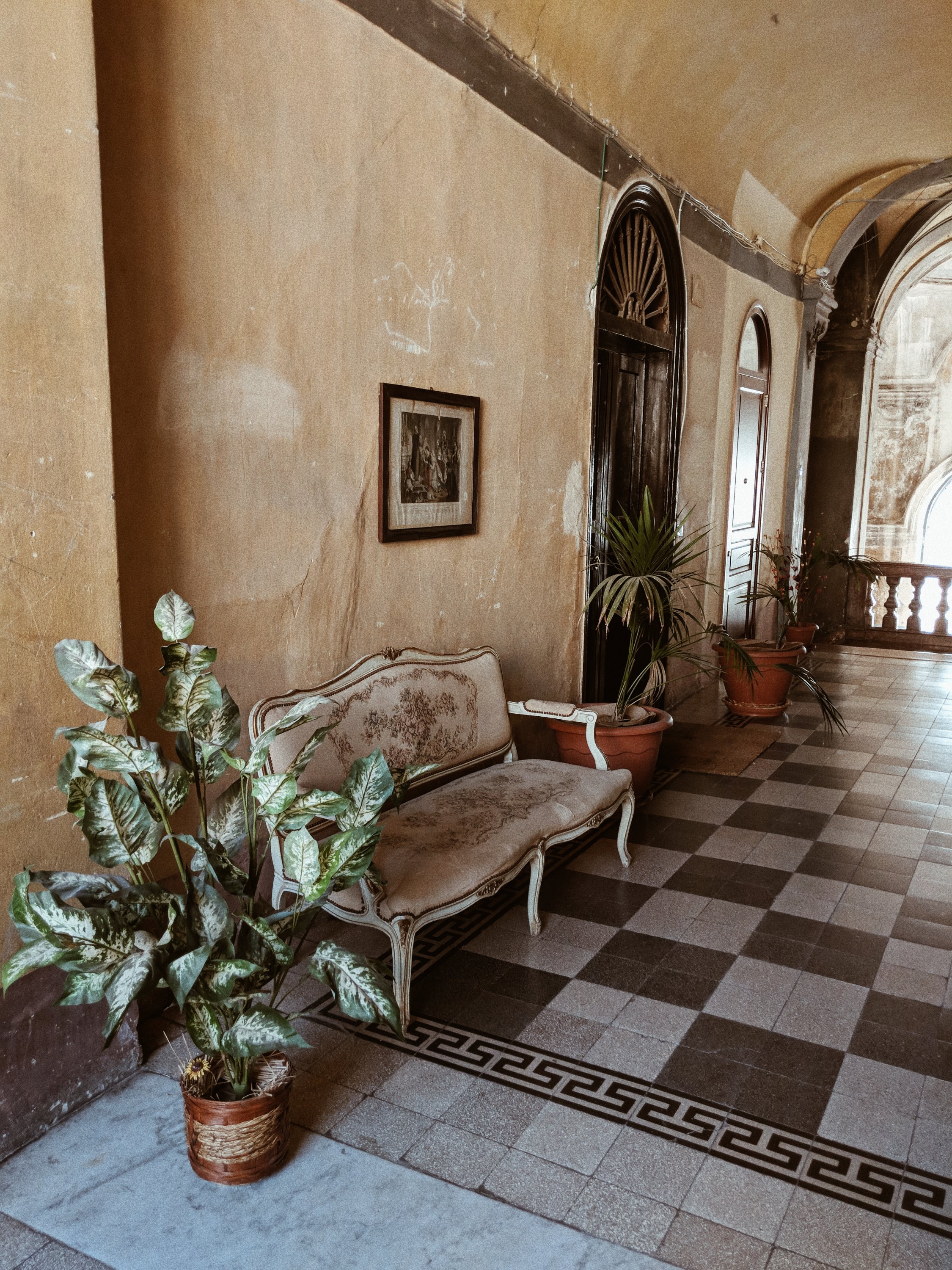 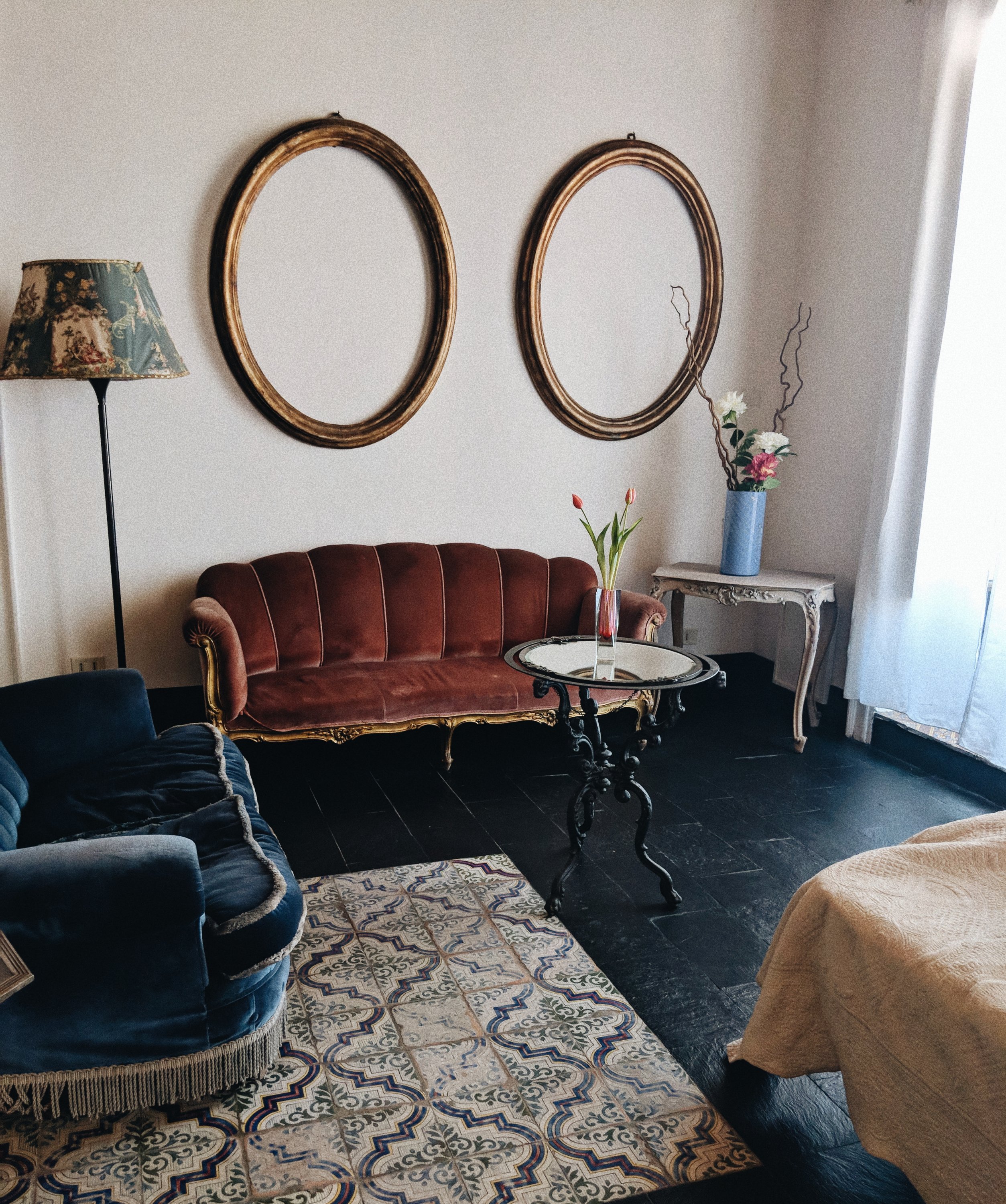 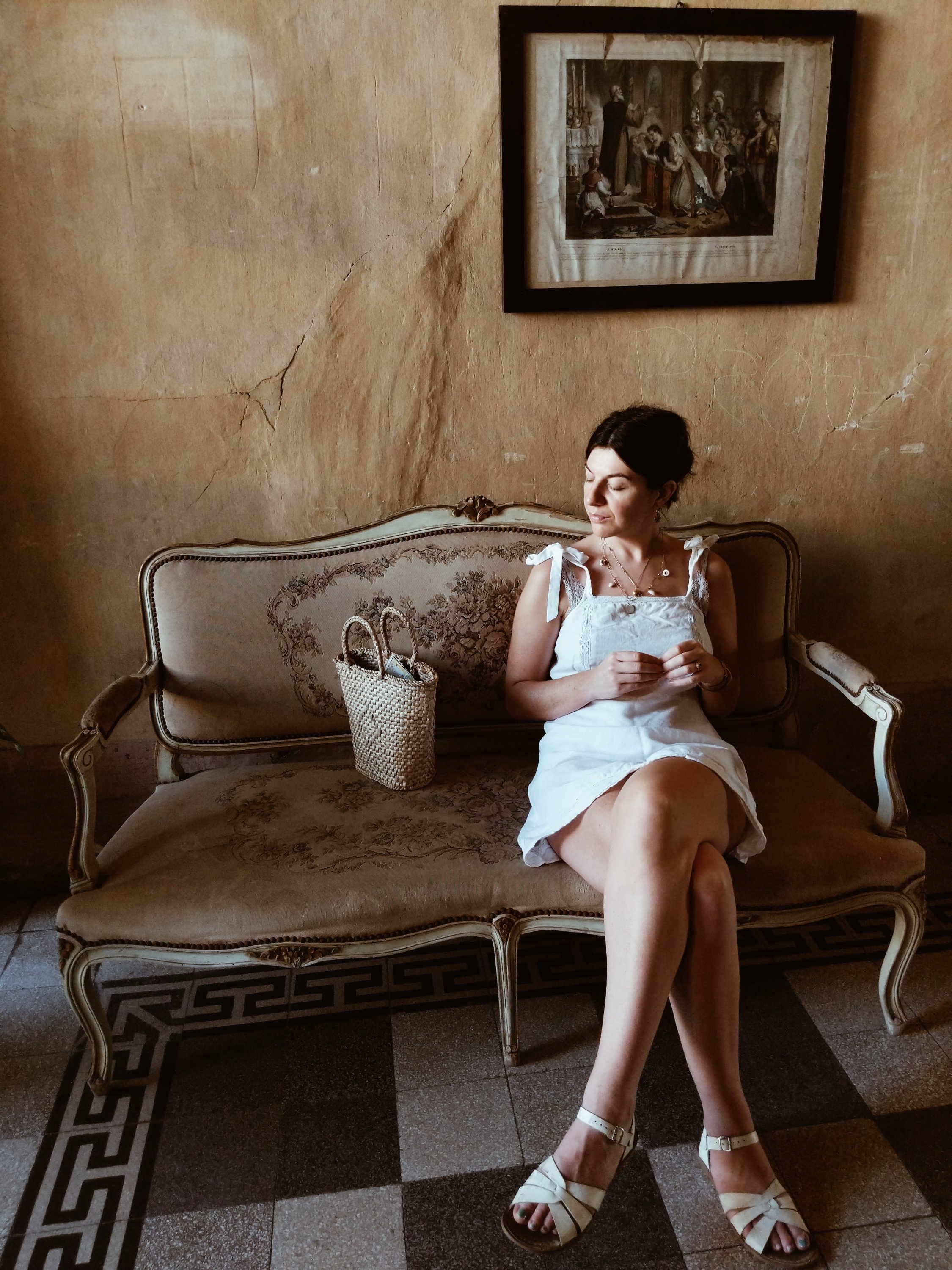 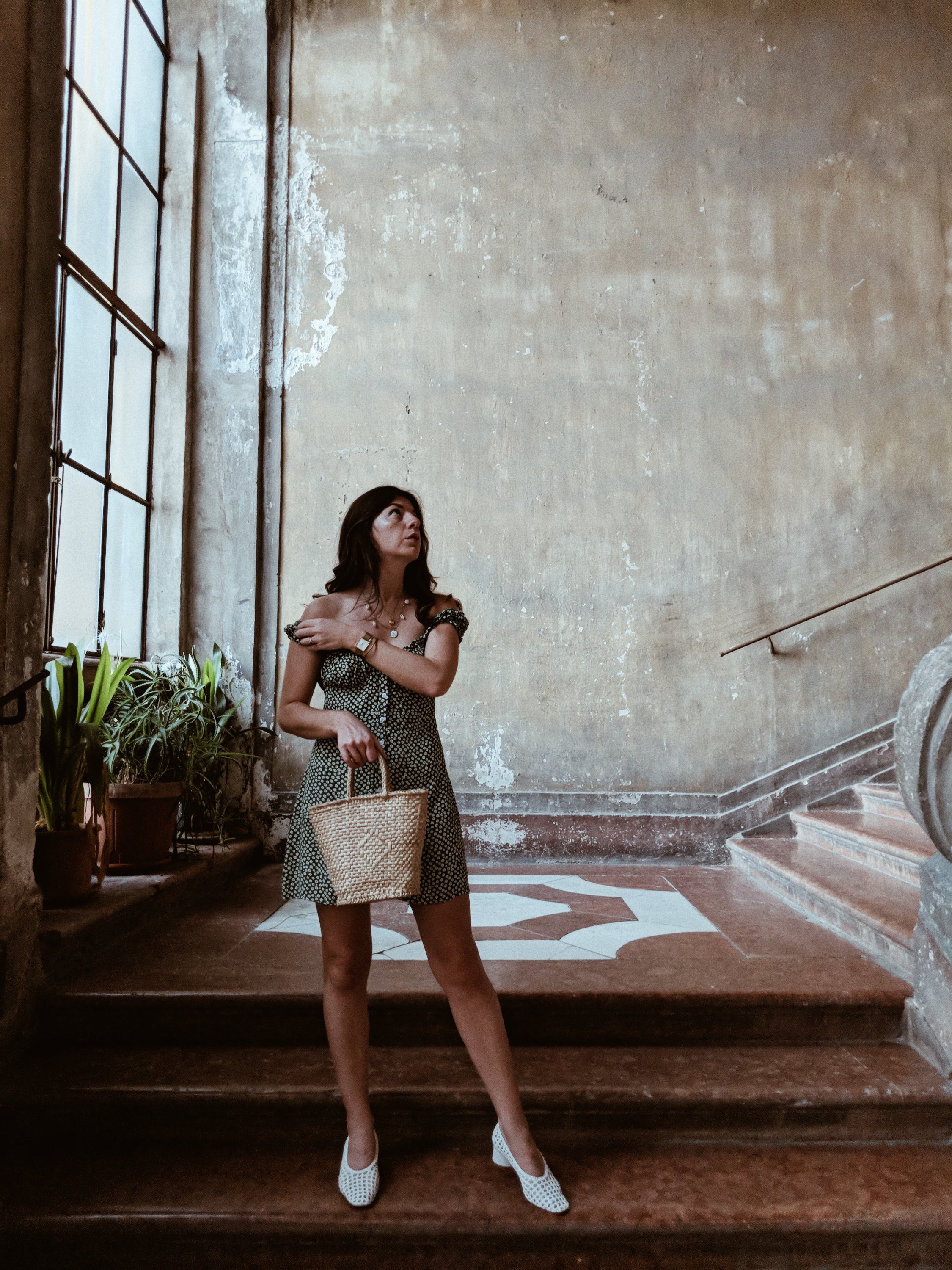 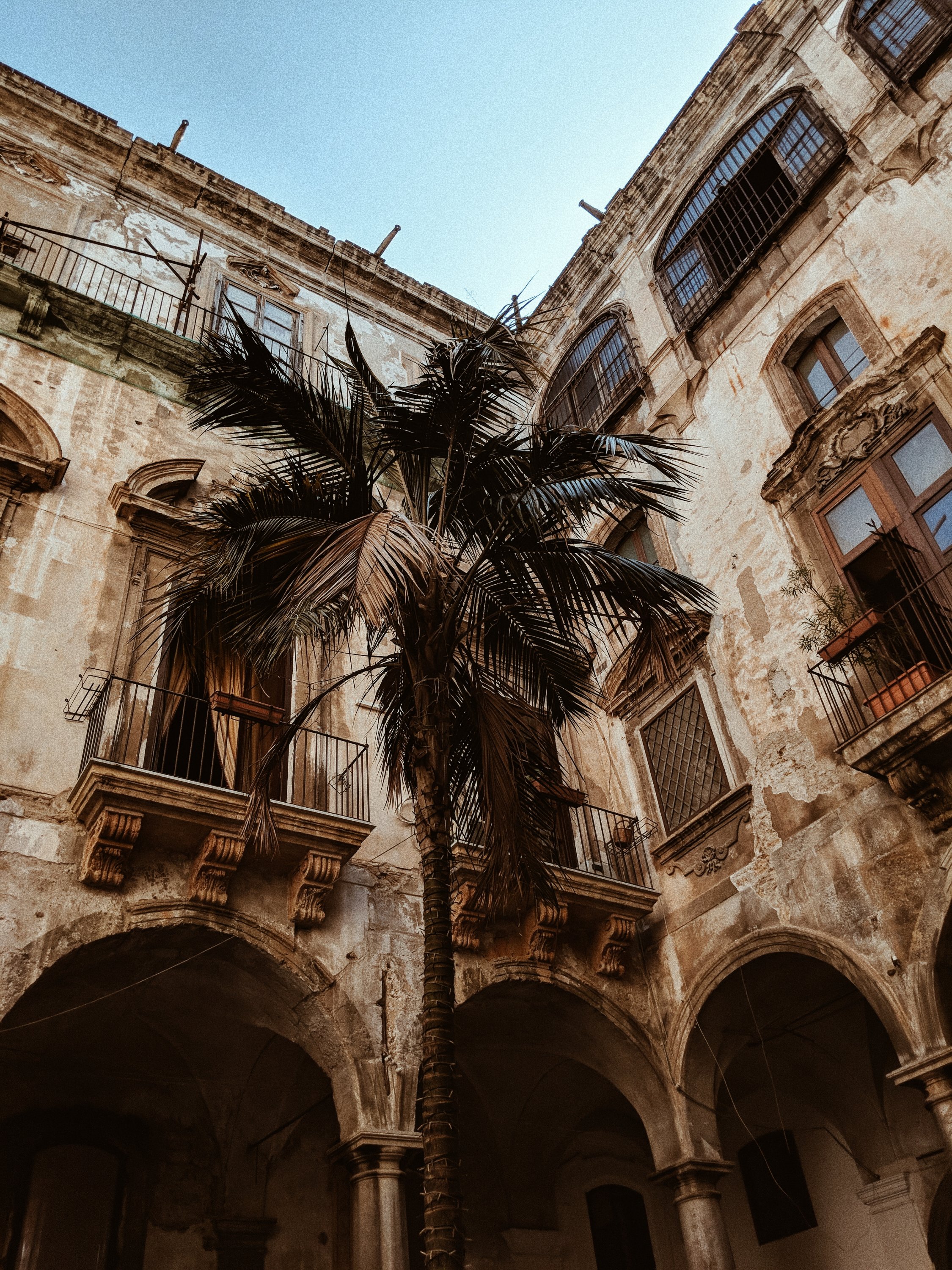 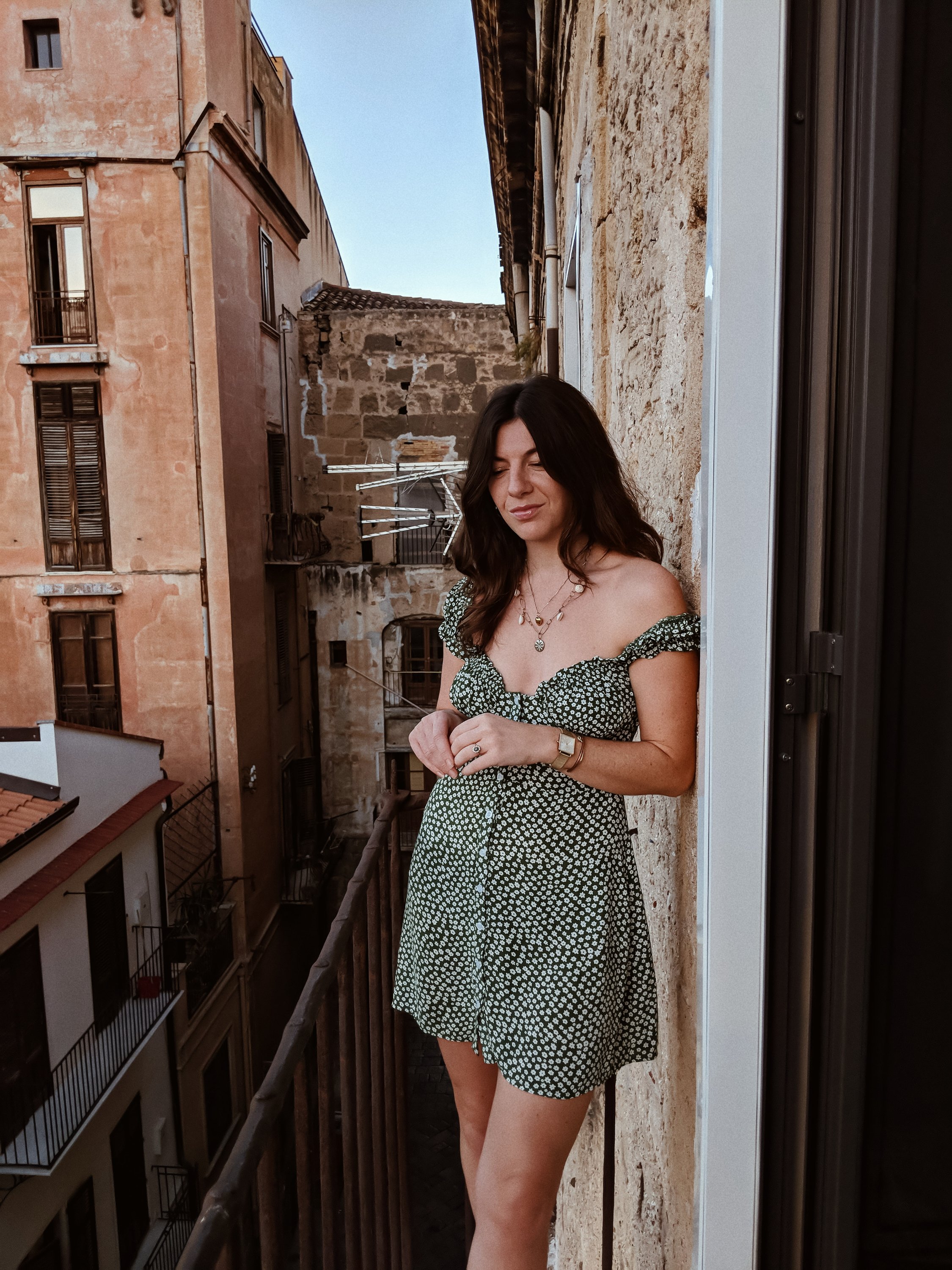 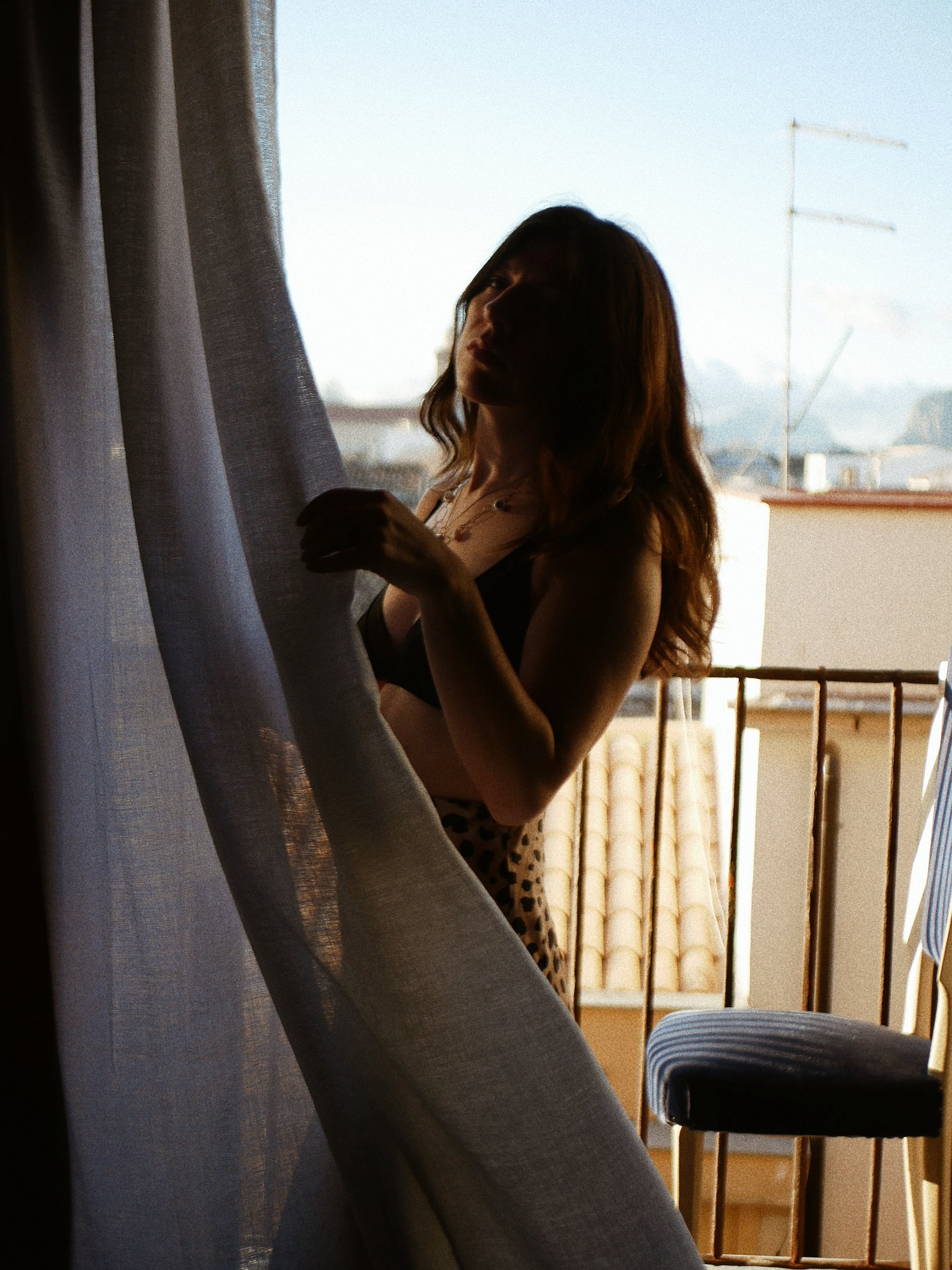 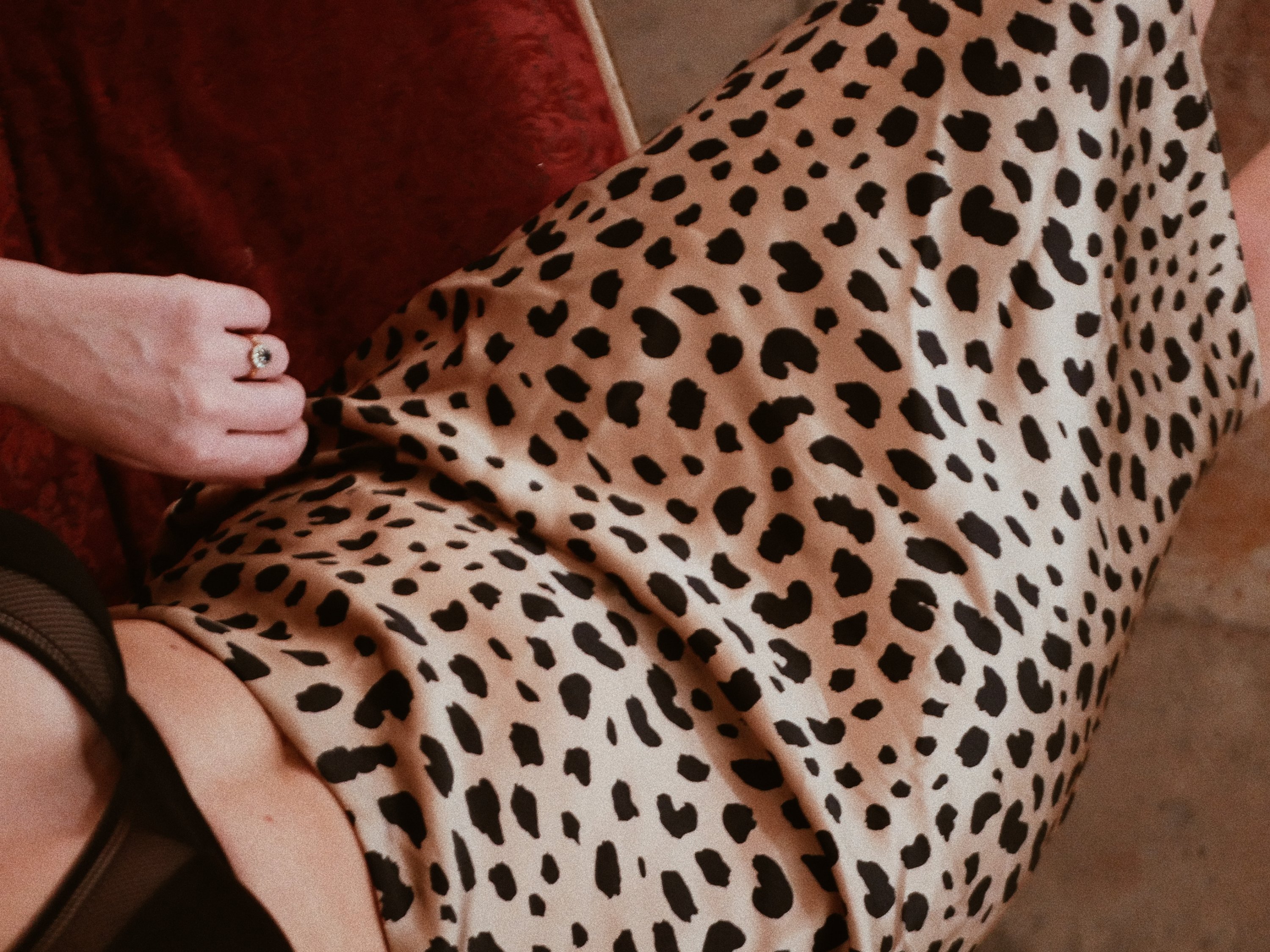 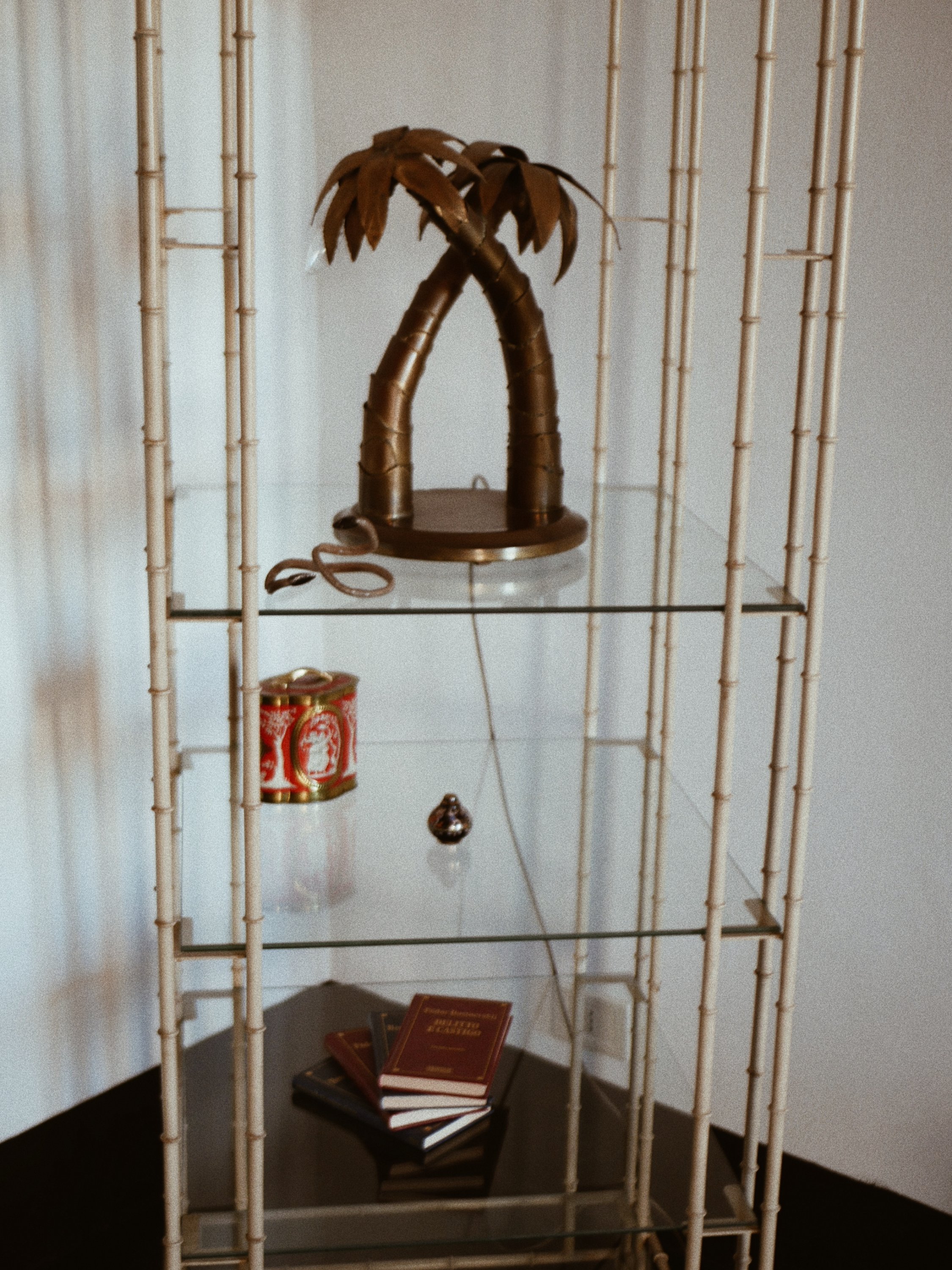 Food being one of the main reasons we wanted to visit Sicily, it’s safe to say that we didn’t have a plate of food that was anything short of delicious throughout our entire trip. The food scene in Palermo was amazing and I actually wish we’d had more time there as there were loads more places we wanted to try that time in the day and space in our stomaches didn’t allow for. Our Airbnb host recommended an array of places to eat, from bakeries, traditional Osteria and pizzerias to the best street food stalls. Here are some places we I’d recommend:

One of the oldest and most famous bakeries in Palermo this one is a a short walk from the beautiful Cathedral. You can tell his place is good from the crowd of locals that are sitting outside drinking espressos and eating cannolis, the place itself is simple and unassuming, but what it lacks in trendy decor it makes up in flavour and taste – we had a cannoli and pistachios cake to accompany our coffees and they were sensational! Warning, if you don’t speak much Italian like us be ready to point at what you want from over the counter as little English is spoken. 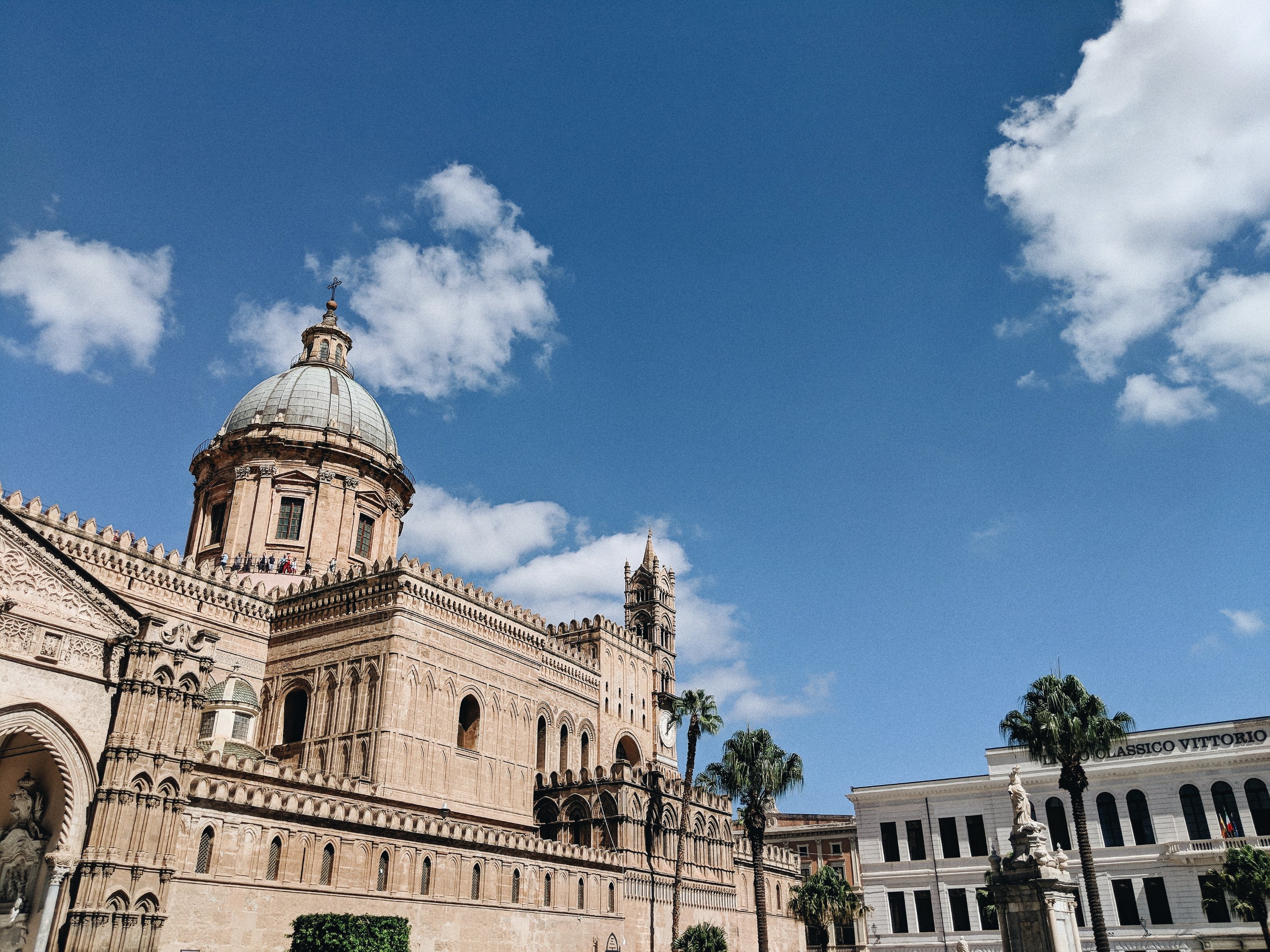 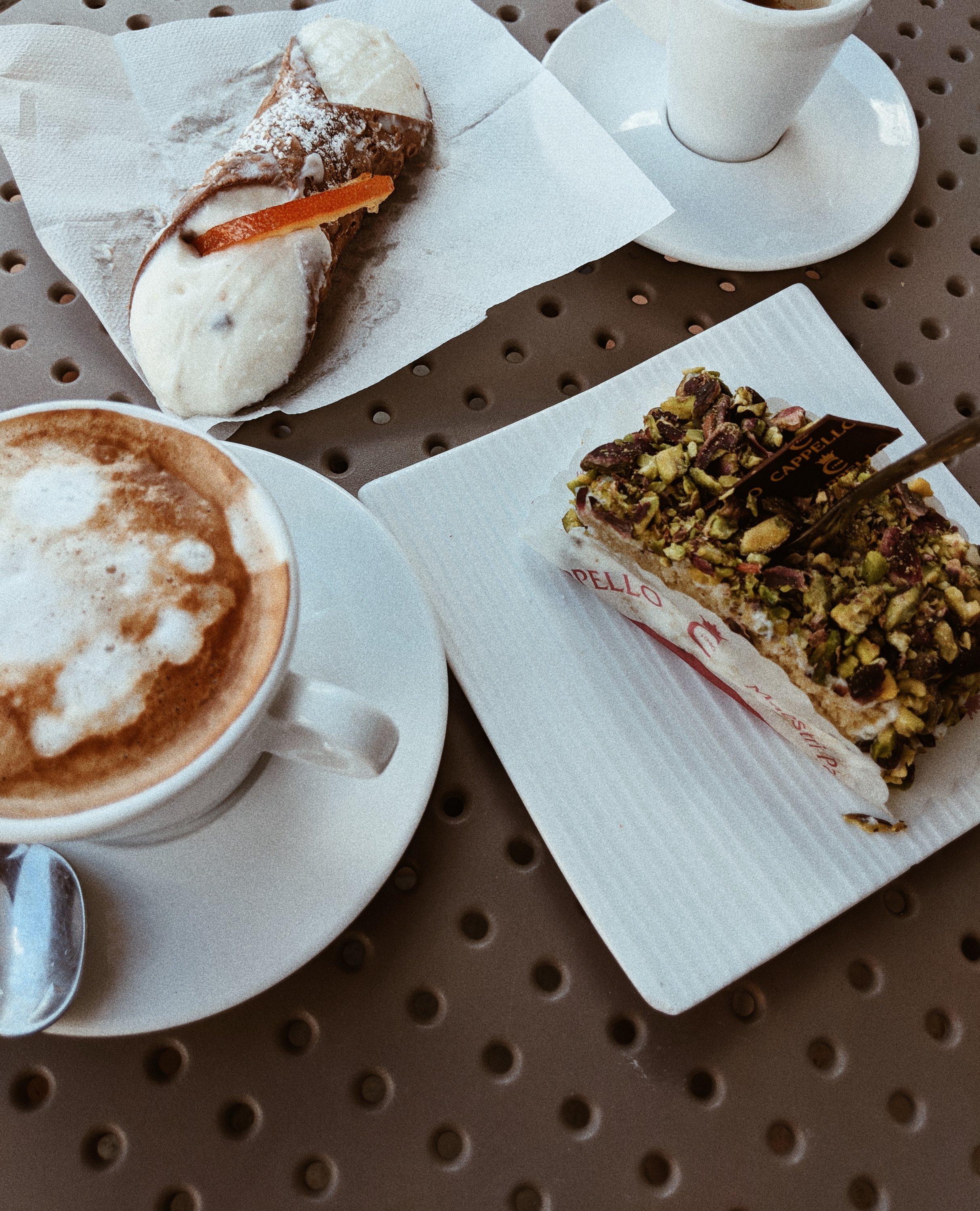 Died and went to Arrancini heaven. This is a fast food/deli style joint serving up tonnes of fresh Arrancini (rice balls stuffed with various fillings) – we had one stuffed with swordfish and a classic ragu meat one as well, bellisimo! 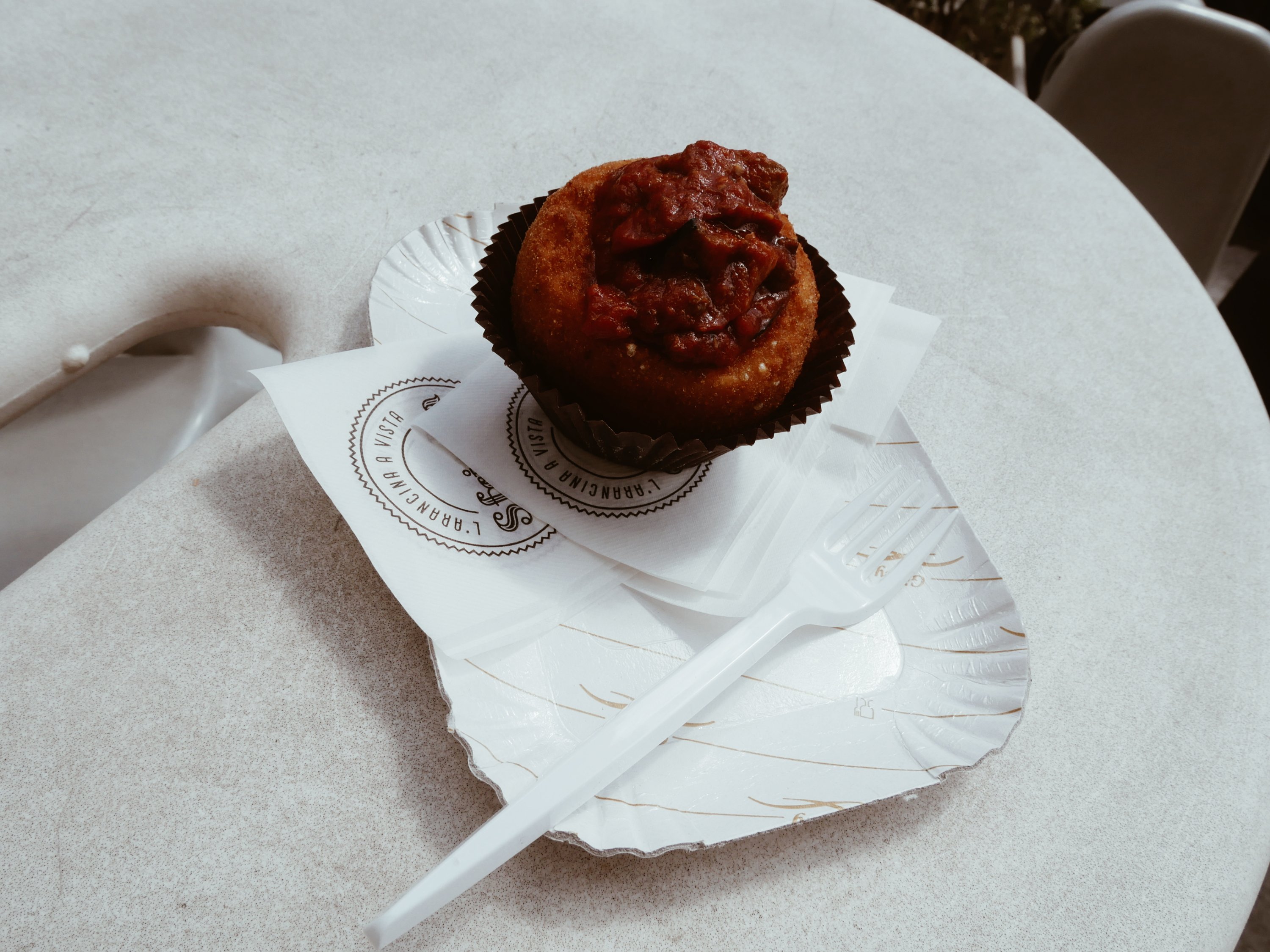 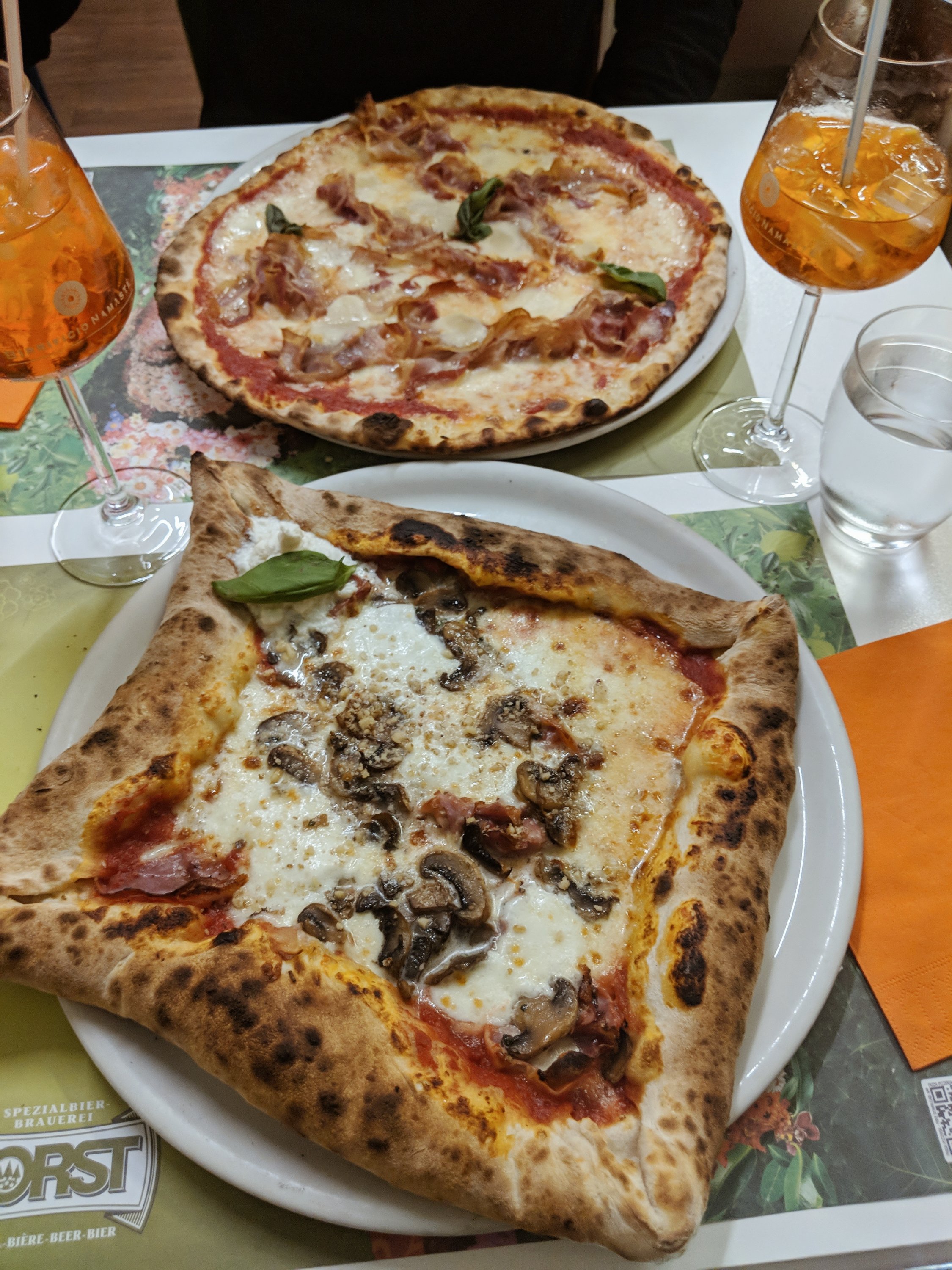 Obviously you can’t go to Italy without having a pizza (or 10) – our Airbnb host recommended Frida to us and it was amazing! It’s apparently always super busy so make sure you book or rock up early otherwise you might end up having to queue. They serve three different styles of pizza, the Roman which is the classic thin crust, the Neapolitan thick crust and their signature square shaped which are designed like a portrait painting and have folded over thick crusts stuff with pizza filling, nom nom. 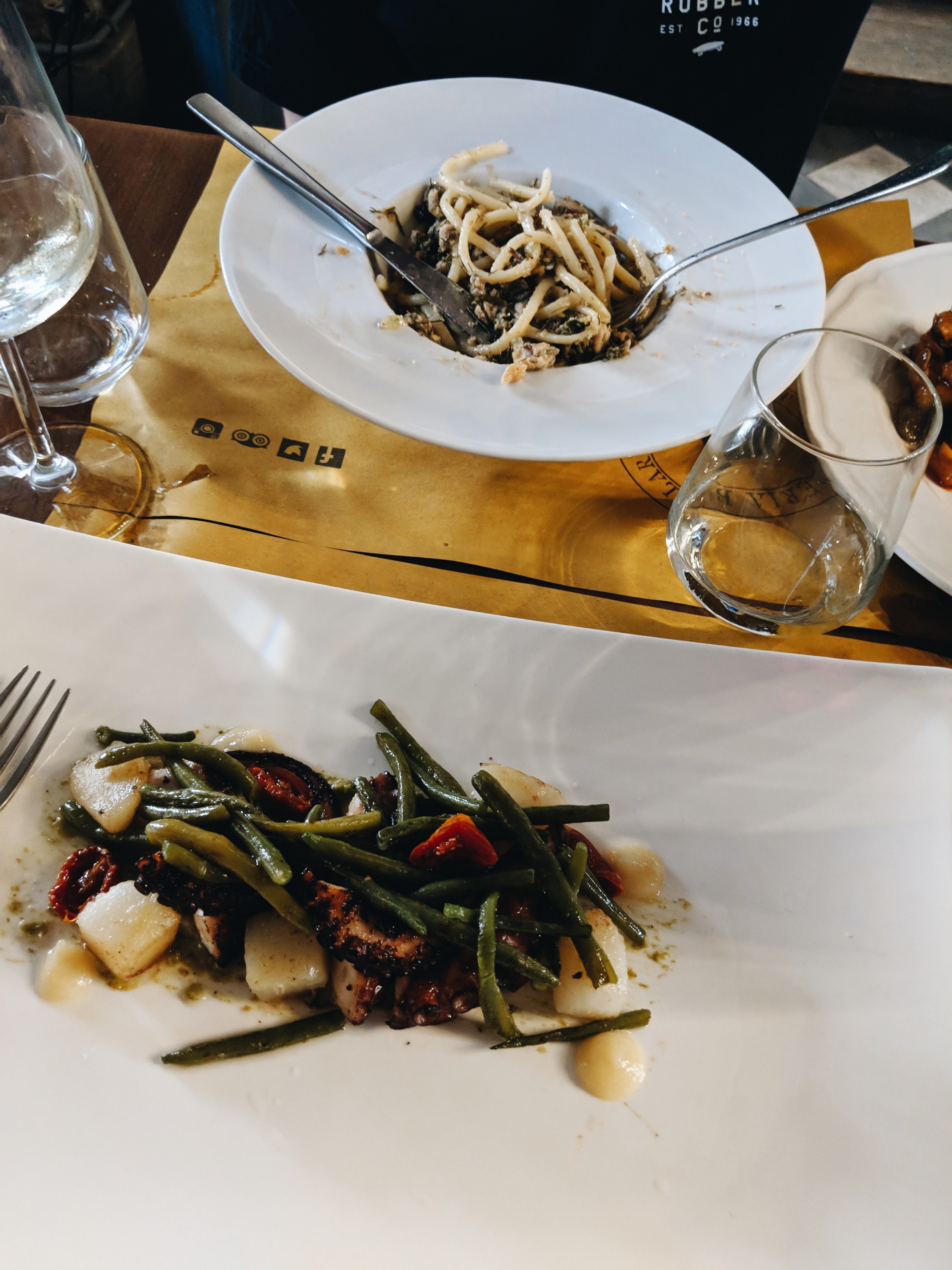 Another recommendation from our host, Osteria Ballero is a lovely restaurant tucked away down a side street with beautiful decor and ambience. We went for a late lunch and shared an octopus salad and seafood pasta. Not only was the food delicious but they also have an extensive list of wines from all over Sicily. It was really busy with both locals and tourists a like and seems like the kind of place that would be lovely for an evening meal as well as in the day. 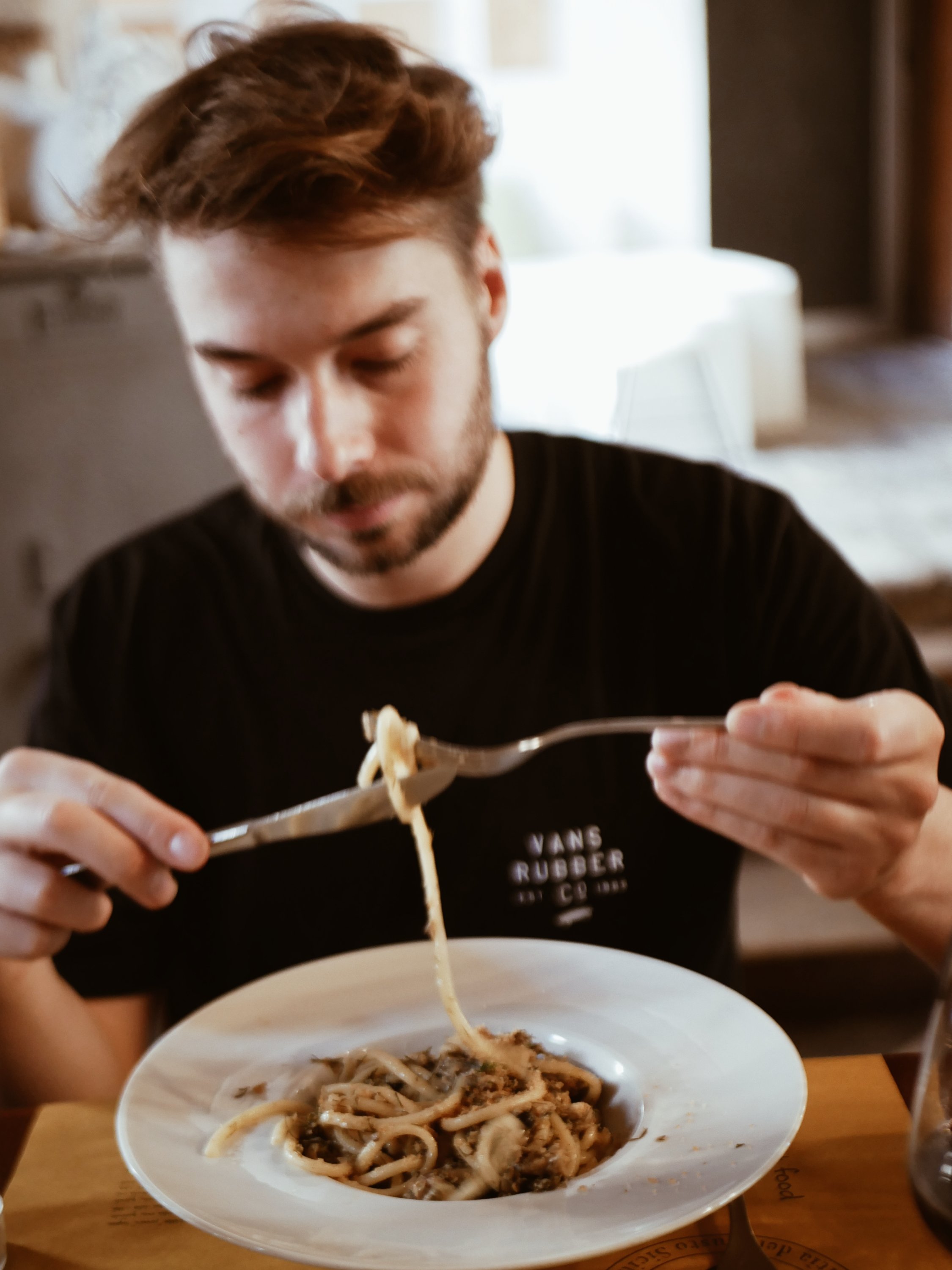 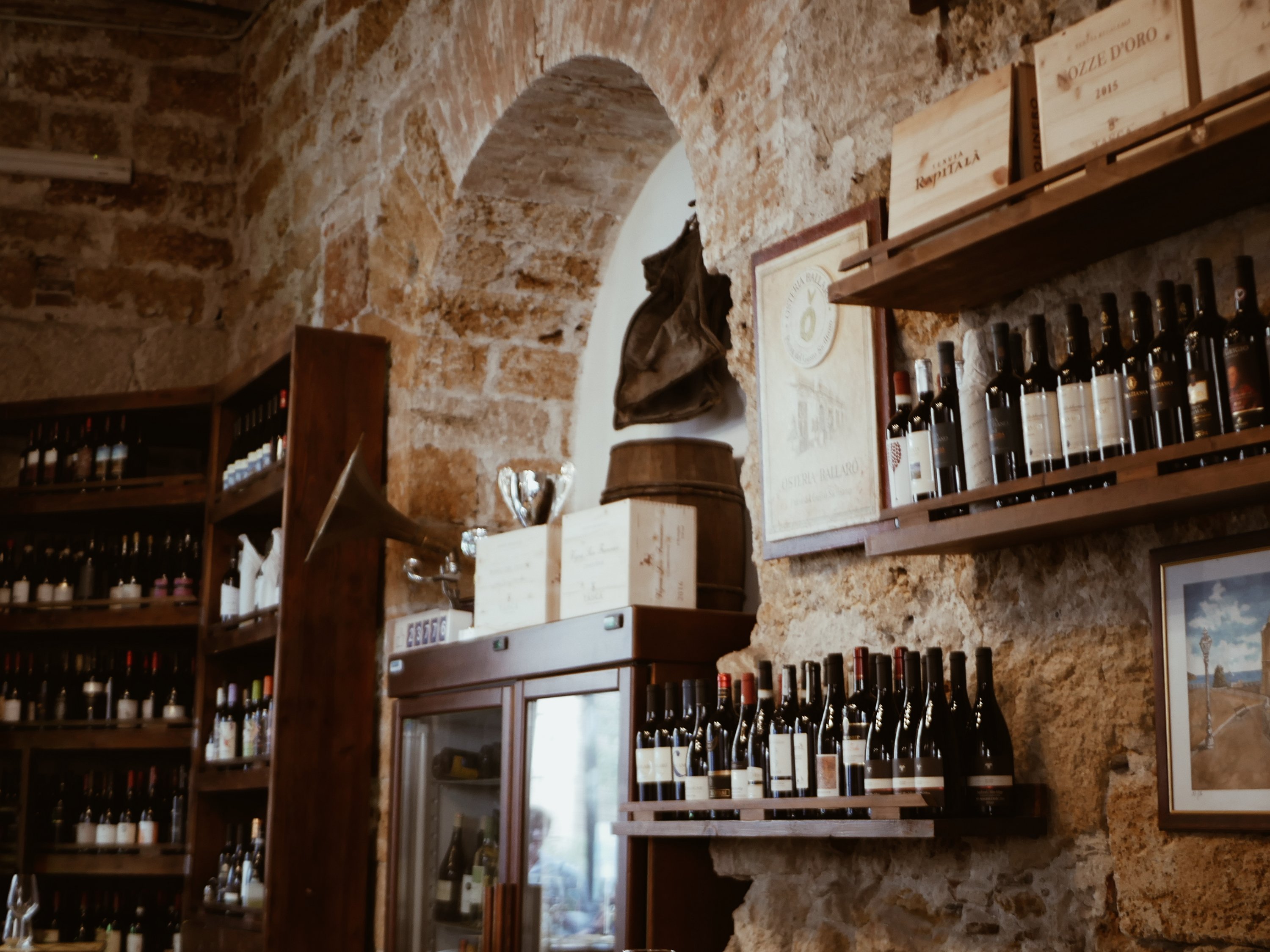 When ever I visit a new city I always check out the local market, it’s the best place to walk around and get a feel for the culture and vibe of a place. I also find that markets are so much better in Europe than in England. Ballero, the oldest market in Palermo, was situated right behind our Airbnb and spanned across multiple streets. It was full to the brim of local produce from fruit and vegetables to olives, nuts, meats and fish. A really buzzy, busy place it was lovely to walk around and take in some of the smells and scenes of Palermo like a local. I must say I was slightly disappointed as it was a bit run down and chaotic in places and after visiting the market in Syracusa later in our trip it definitely seemed like it wasn’t quite what it used to be. I would still recommend walking through it as it’s such an iconic part of Palermo and if you’re staying in the city for a good few days it would be a great place to pick up some fresh produce. 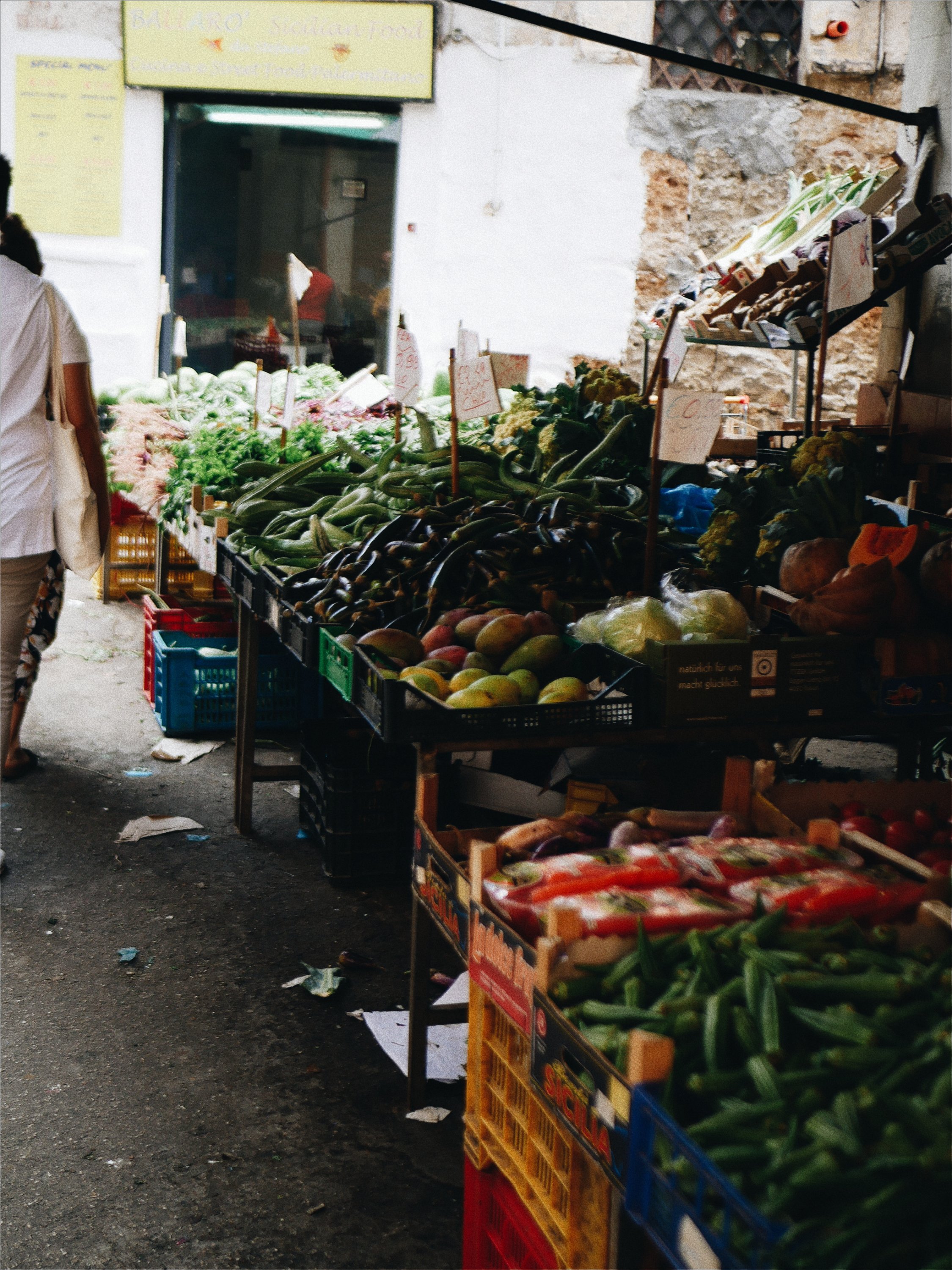 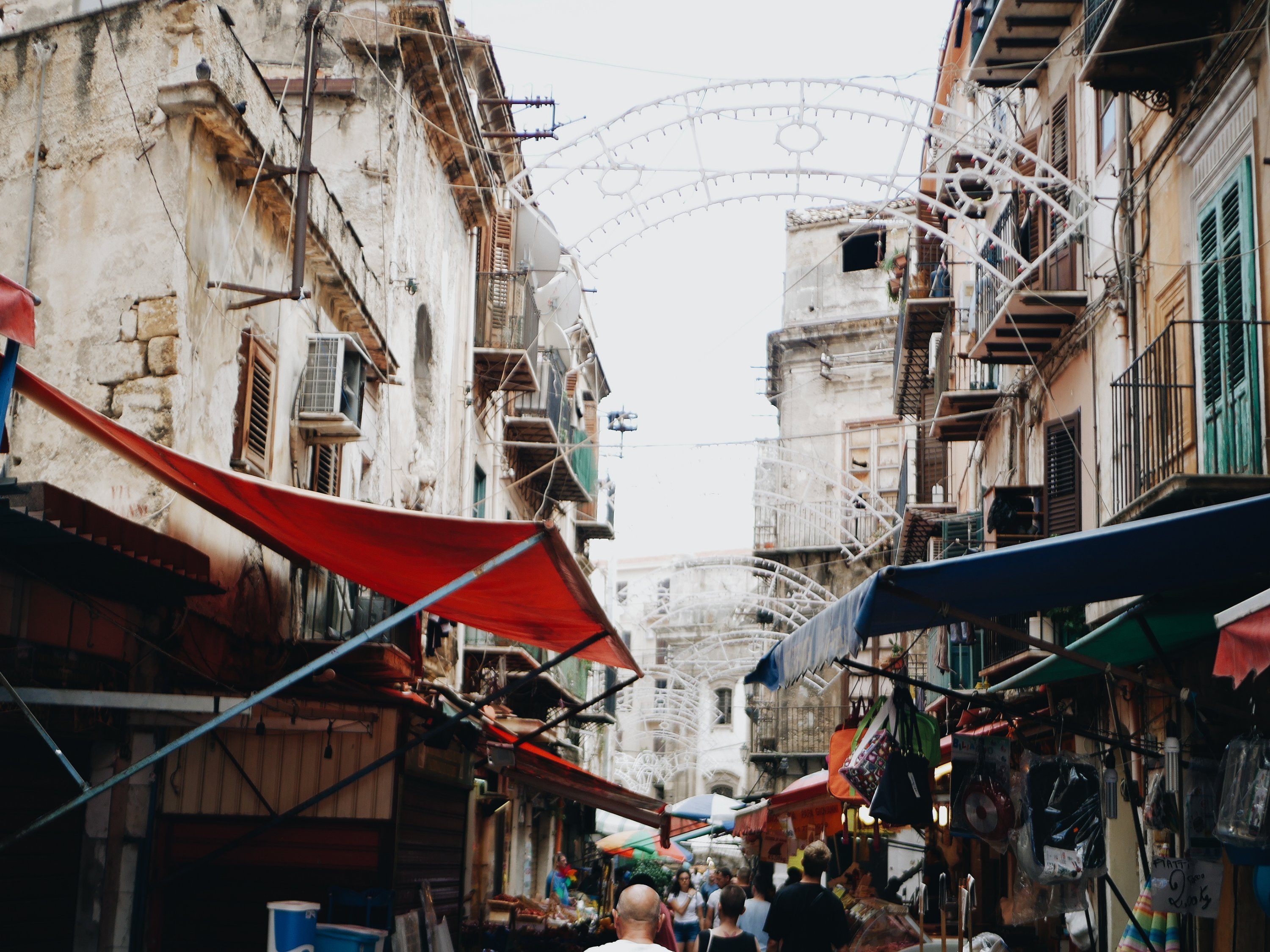 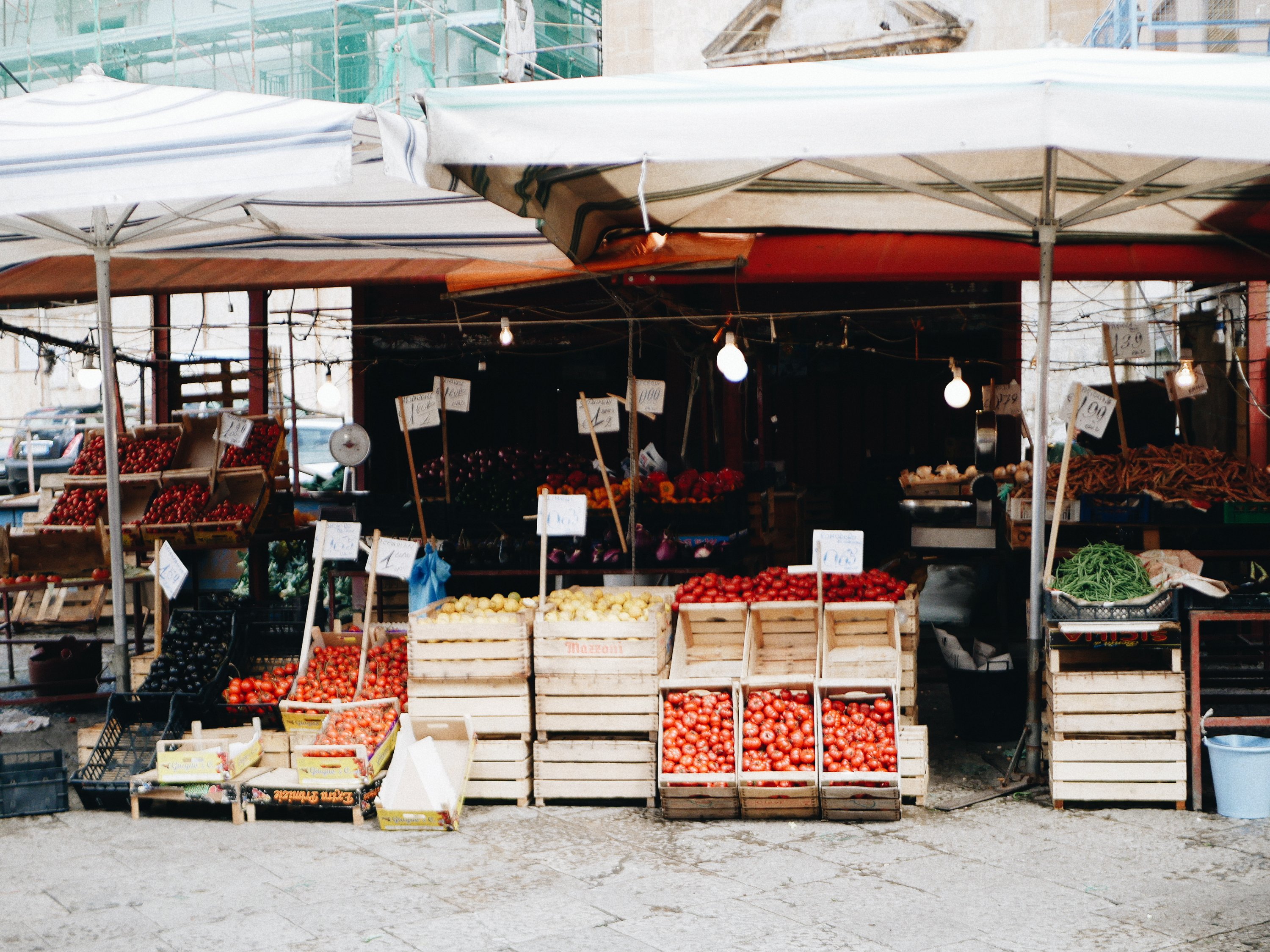 Overall I loved Palermo but it definitely wasn’t my favourite place in Sicily, in retrospect we probably should have finished in Palermo instead of starting there as it’s a pretty hectic city and not the best place to relax. I also felt like people were quite traditional and I got a lot of looks for having bare legs (bear in mind it was 28 degrees) which to be honest made me feel quite uncomfortable. However, that last point is true for all of Sicily not just Palermo and you pretty much just have to go with it and ignore people. 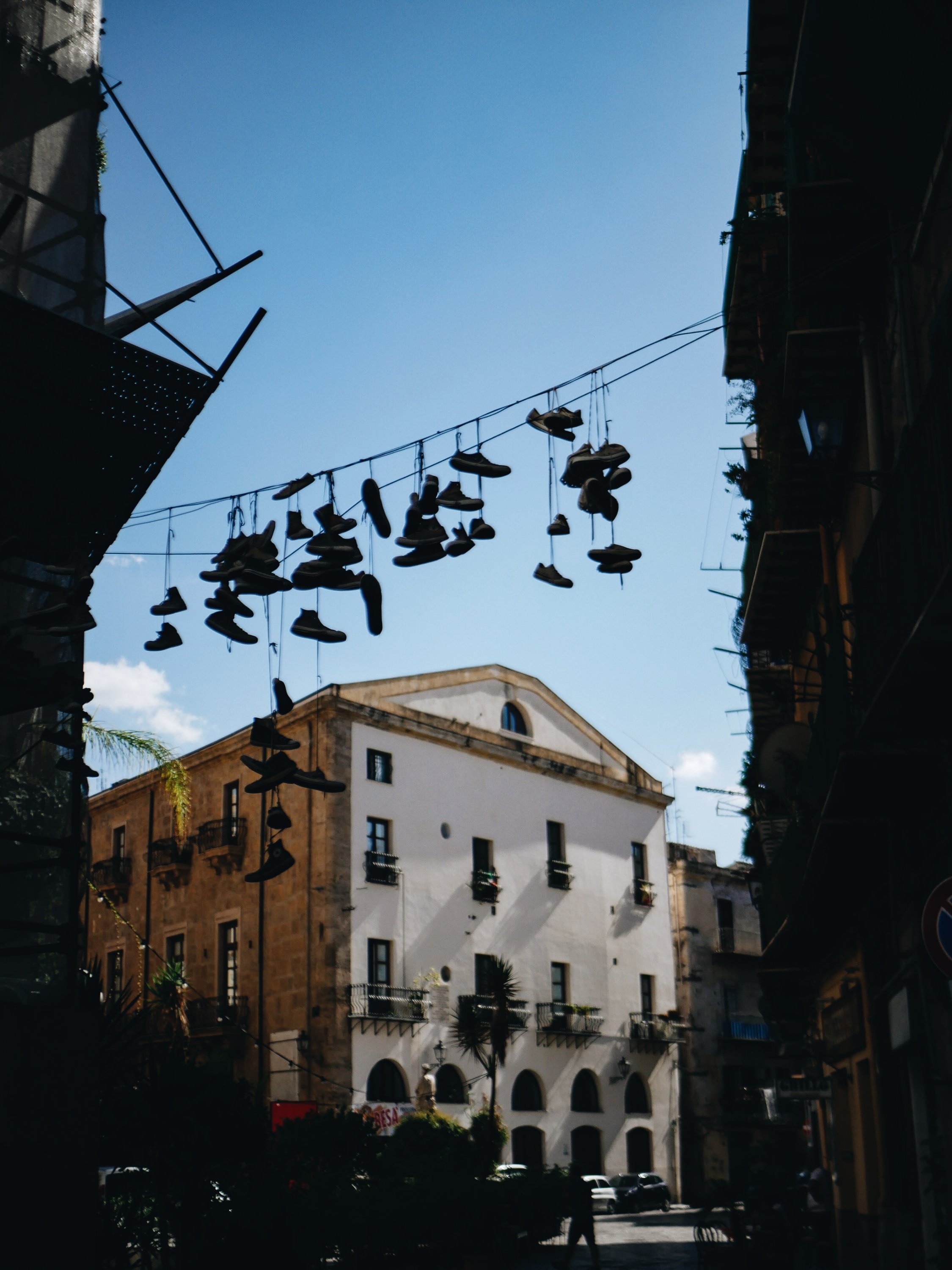